Staff member
Maybe it was somewhere around here? 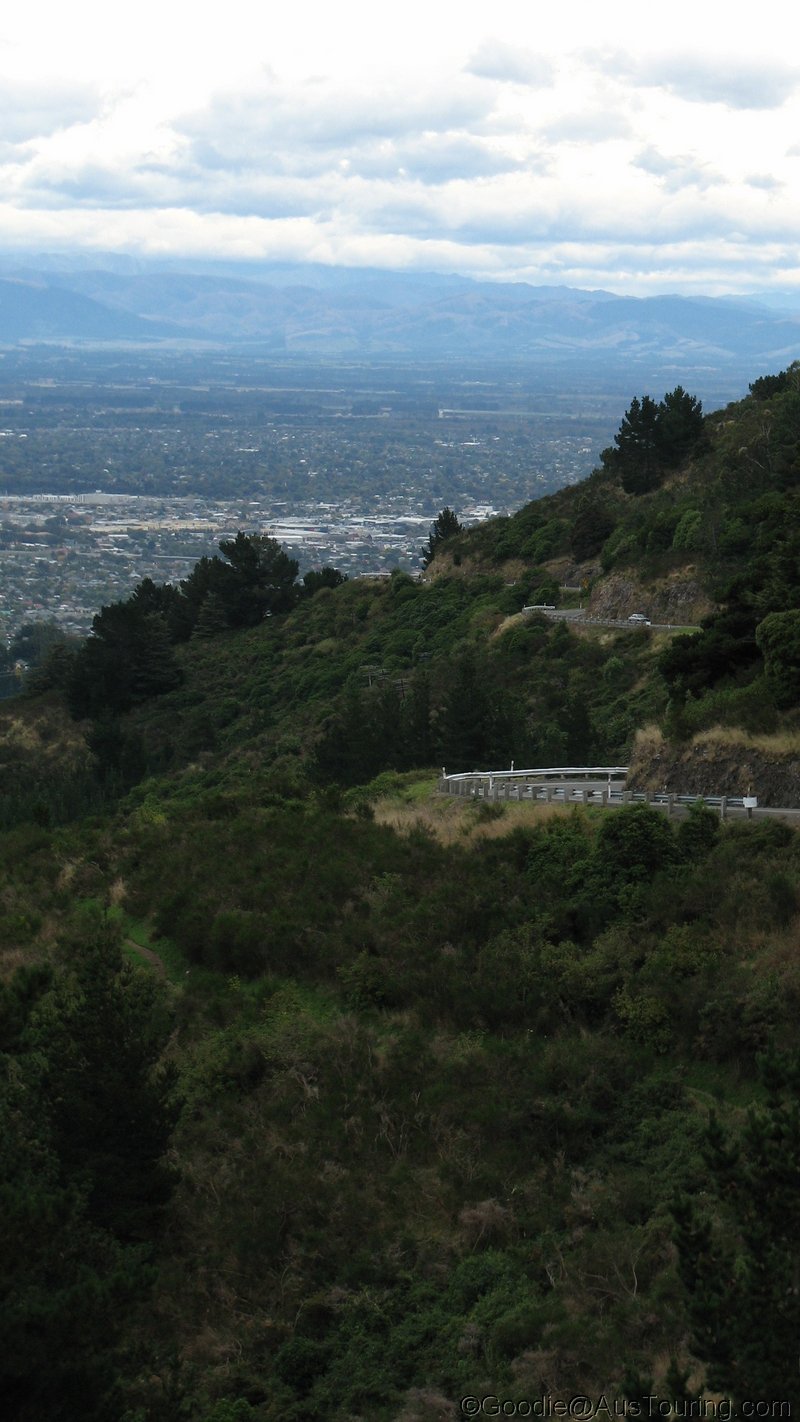 ... the last day of the NZ South Island ride, that the words were uttered:
“Man, I’d LOVE another bite at that lap around Australia. Didn’t work out on previous attempts, but I just HAVE to give it another go!!
YEAH, on a postie.....WHAT ELSE???”

The seed was planted...Bernard had me snared with that one.
Happy to see him on the road, living the dream...and living part of my own, too.

A few emails back and forth... and we agreed on the idea to buy a couple of CT’s at the monthly auctions, one to set up and ride, the other as a spare-parts bike on standby.
Another mate helped out with the purchase.... 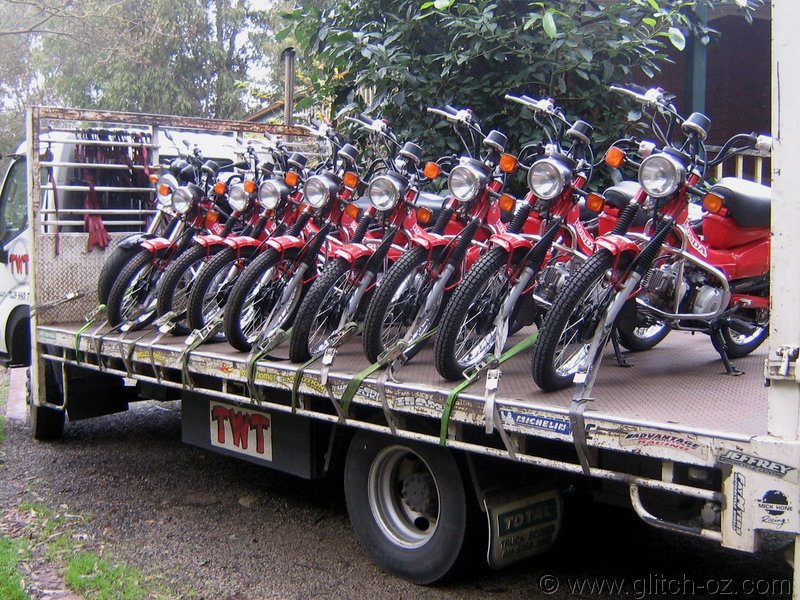 ....and selecting the 2 candidates from “The Pack”. 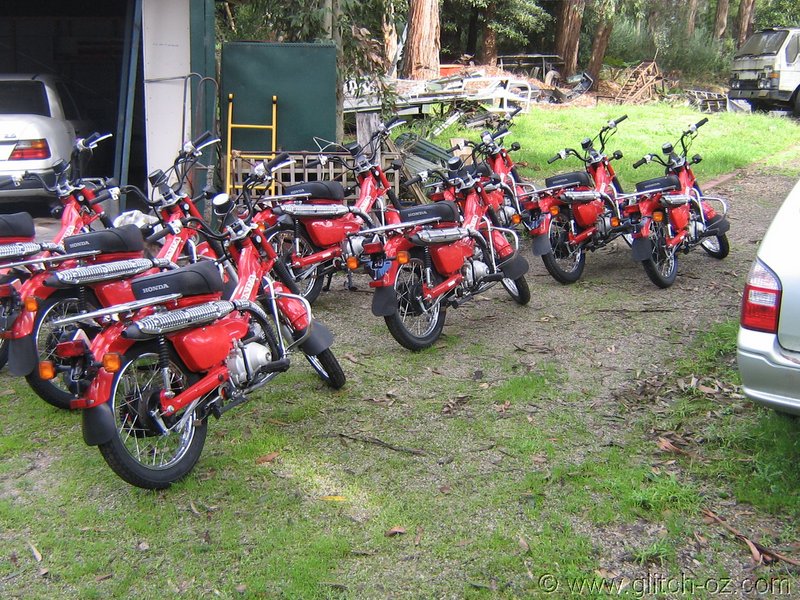 And so the trials and tribulations of “Birtles_The Postie” begin.

While Bernard is busy in NZ to get his stuff setup and organized, order parts through Ebay and getting them sent to my place, Birtles will go through a major check-up and setup routine to make sure he’ll last the planned ~20.000km of “lapping Oz”.

The backup-bike will also get a major checkover, service and fettle, before removing the engine and frontend and pre-packing those, ready to go out at a moment’s notice, if needed.

Trying to make this an ongoing thread for the next few months...where hopefully Bernard and others can post in... pics can be uploaded, progress reported etc etc

Scheduled departure is early August from Melbourne....meaning, we better pull the finger out and get cracking...hurtle the Birtle, I guess.

See you in the garage for the next chapter. 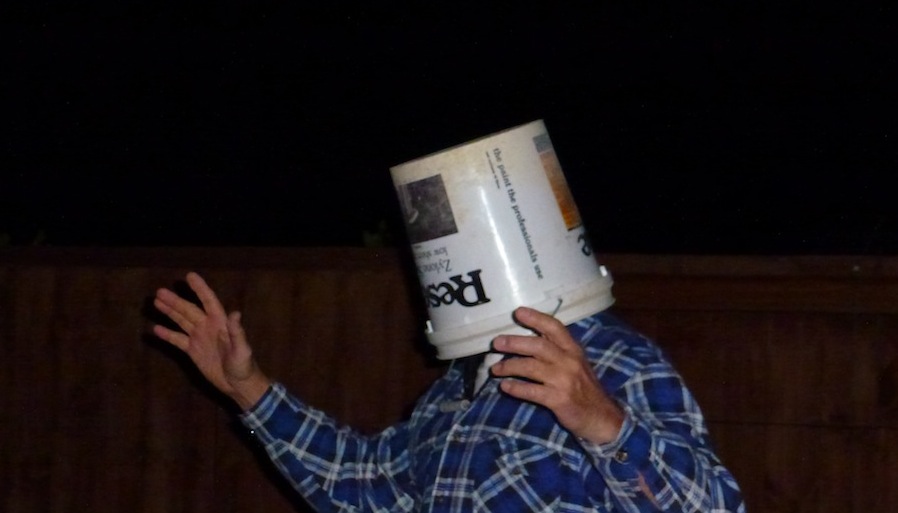 Yeah, watch out if you decide on a Resene helmet, their sizing is way out. If this had been a 10lt Wattle it would have been a good snug fit. No way to try it on in the shop, either.

As an accomplished coward, I was keeping the trip low key, ie. not saying anything until it was over in case the big plan turned to custard, but now Pete's gone public (and you've seen the helmet) it's time to front up.
All good though, it's like telling everyone you're giving up smoking - there's more incentive to stay the distance.

Nearer kickoff I'll post details and a map or two, but this is not going to be a re-run of the Coast-to-Coast. Mostly just Coasting-around-the-Coast.
At the moment I'm getting my gear apart for the trip. Tried getting it together but it ended up too big, too heavy, too much. Each trip the gear that seems "essential" grows.
Decision time - can I get by without the defibrillator? could both canaries be squeezed into one cage? will two ties be enough?

At the moment, though, it's all Pete's show.

And what a show! More activity than dropping a penny in a room full of Scotsmen. Bloody hell, just mentioned that I wasn't too easy with another CT from a certain dealer,
and before I knew it Brisbane's out and Melbourne's in as the start point and a couple of bikes are in the garage getting the full treatment!

platypus121 said:
Yeah, watch out if you decide on a Resene helmet, their sizing is way out. If this had been a 10lt Wattle it would have been a good snug fit.
Click to expand...

At least no pressure points

Who cares about records...we want PICS!!
And a little yarn, please...

good luck man, you and your postie bikes. will be a blast, dont forget the amphibious modifications this time to include straps to lock your gloves on. perhaps a wet suit too
O

Oh boy... staying tuned for this one!!

Birtles.... fooled into thinking that garages are only there to stay warm and dry. 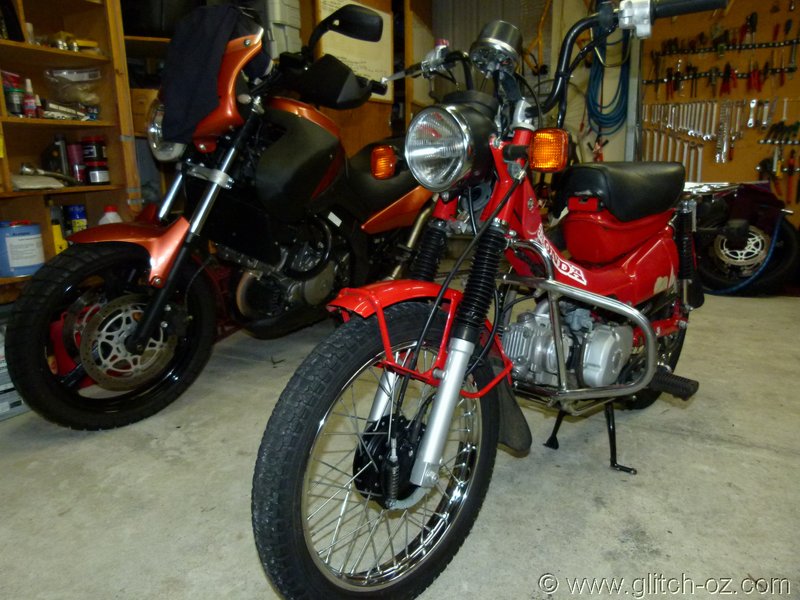 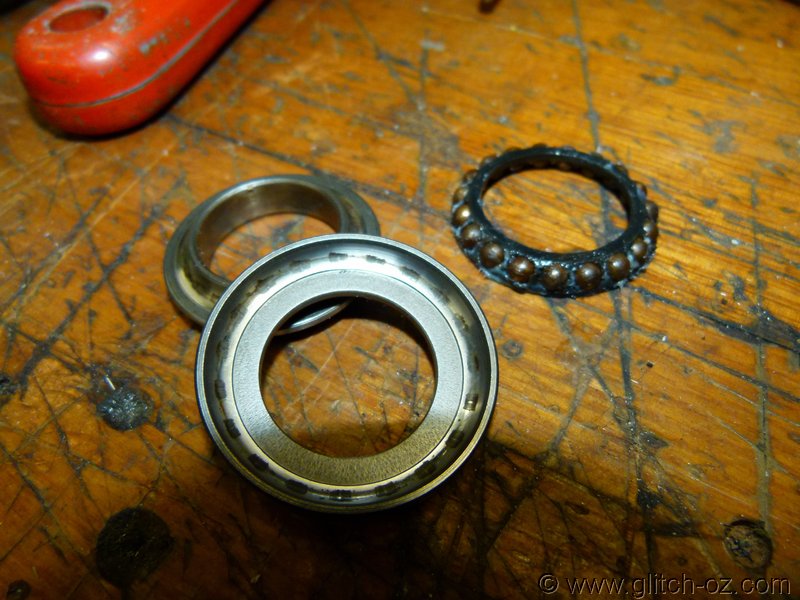 Even the top one has some pitting...not good enough considering the ride ahead. 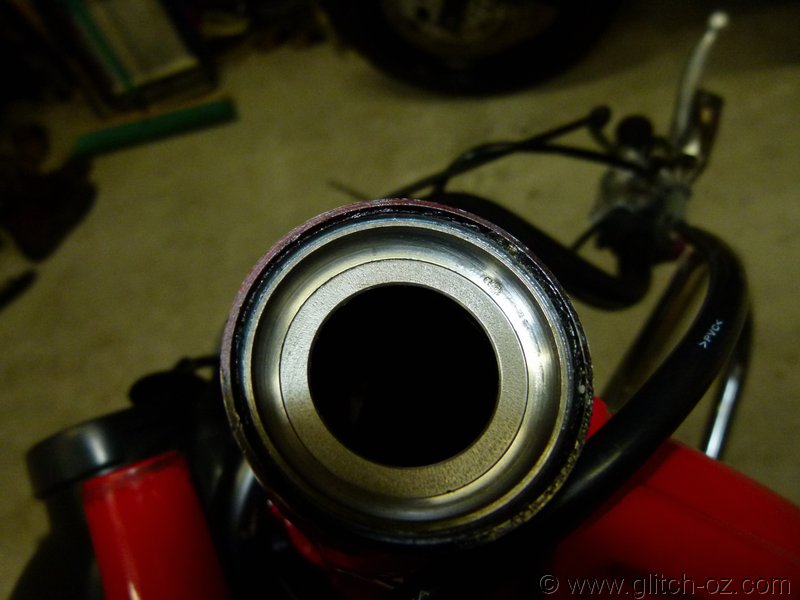 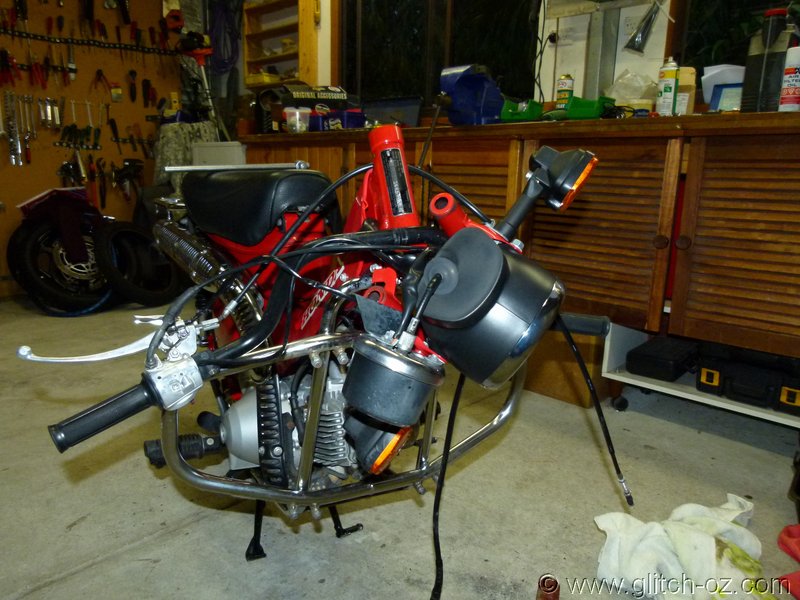 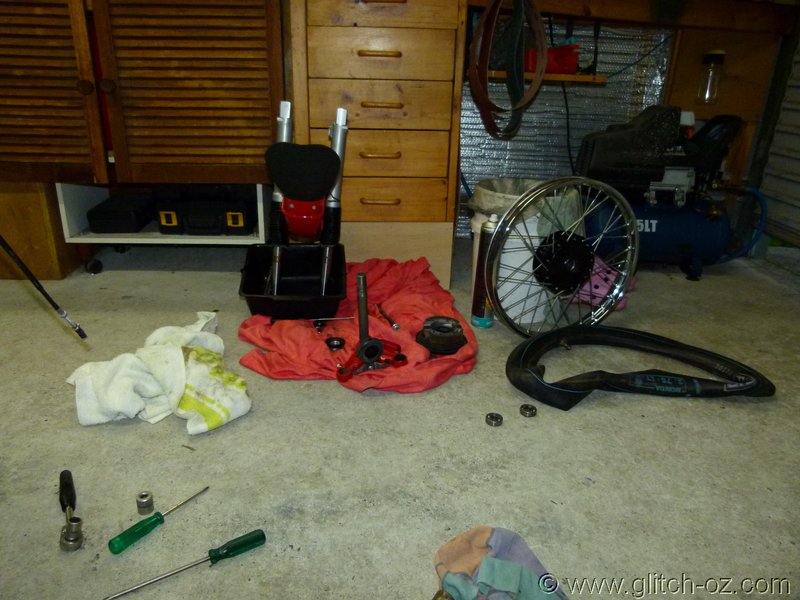 That's a pair of notchy front wheel bearing on the floor, while the front end is upside down to drain the forkoil (shyte, who whoudda thunk a CT has actually something in those 2 pieces of conduit called forklegs


5.30 pm
Job done. Birtles...as we knew him, briefly....is no more.
Instead, we have a pile of mainly red bits, the rest strewn all over the garage. 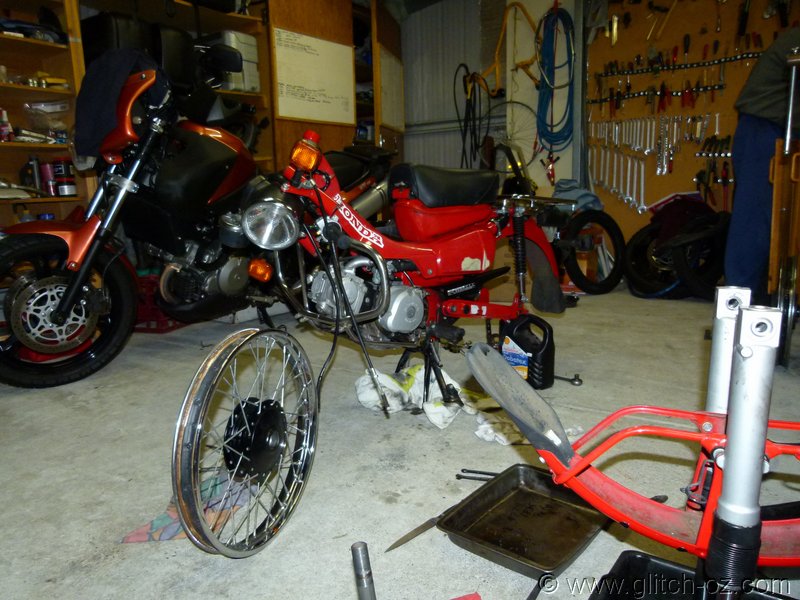 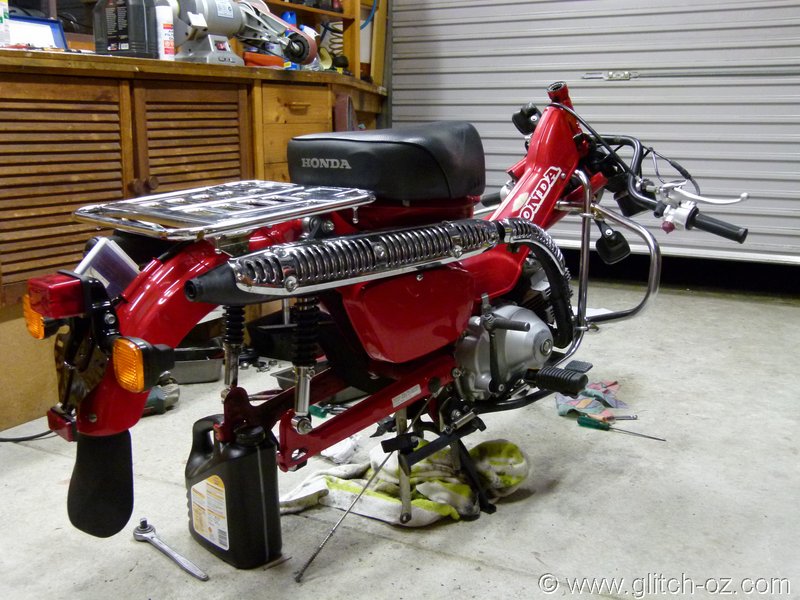 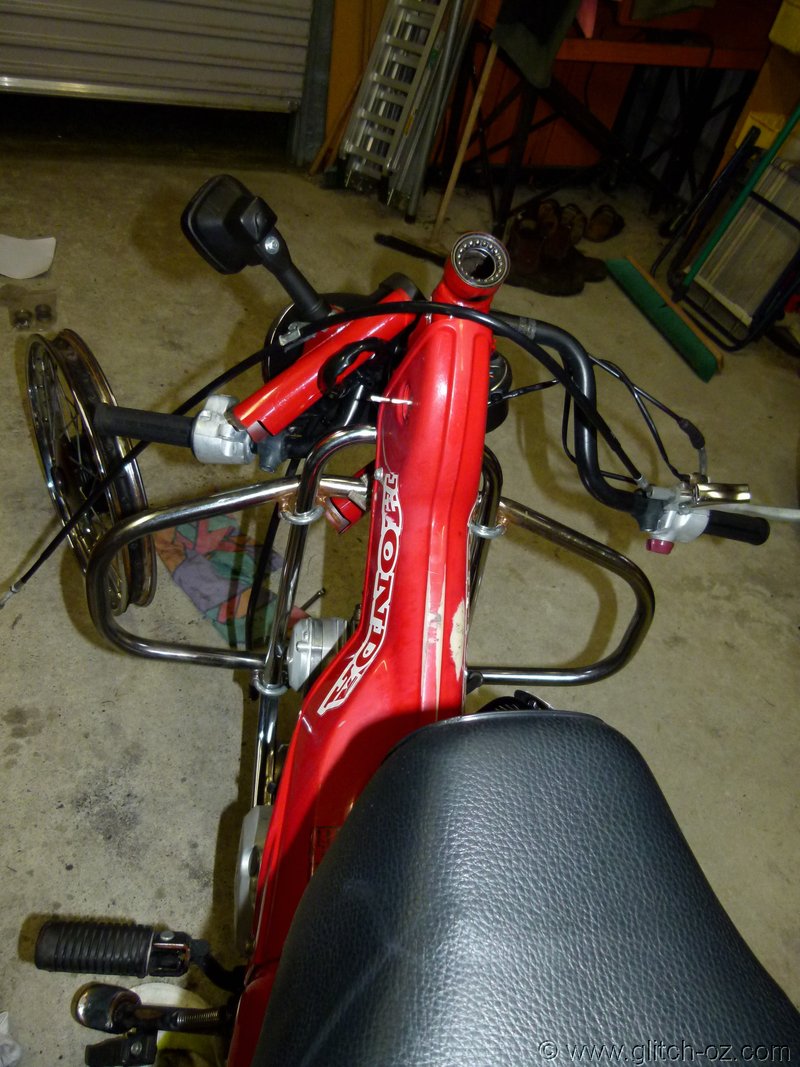 Rear end is out, all disassembled, wheel and sprocket carrier bearings knocked out, the rear rim had electrical tape as a rim-band, both tyres need replacing anyway. Tubes are "Honda" tubes and not patched....good to be re-used.
All spokes are good, both brake-liners are fine, both brake-drums are well within specs, cam-bolts fine, return springs still tight 'n boingy.


All major stuff is looking fine... some bits needs replacing, as expected.

Early morning find at the local bearing shop:
Front and rear wheel bearings, sprocket carrier bearing, slightly thicker O-rings for the fork-caps...one of the old ones was squashed and weeping. 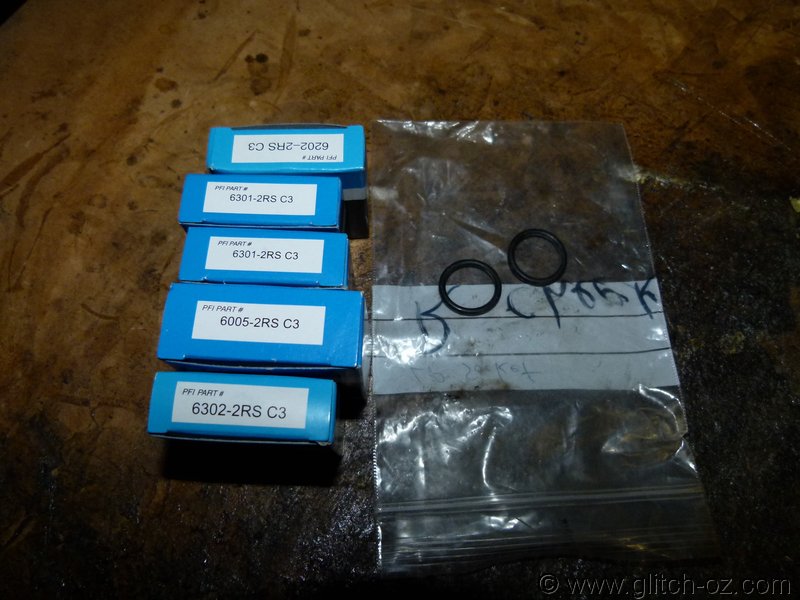 Our friends at BikeMart just called with the news that most of the ordered parts have arrived, so there should be enough bits to start the fix and rebuilt on the weekend.

Storm Shadow said:
good luck man, you and your postie bikes. will be a blast, dont forget the amphibious modifications this time to include straps to lock your gloves on. perhaps a wet suit too
Click to expand...

Thanks Storm Shadow - good thoughts, but you forgot the mould preventative. Last time, four weeks with rain almost every day was a toughie.
Hoping Vic will turn on some sun for the first few days. Packing a crankcase breather extension just in case.
You must log in or register to reply here.
Share:
Facebook Twitter Reddit Pinterest Tumblr WhatsApp Email Share Link
Top Bottom