More fine winter weather, good enough for a tootle out to Noojee. 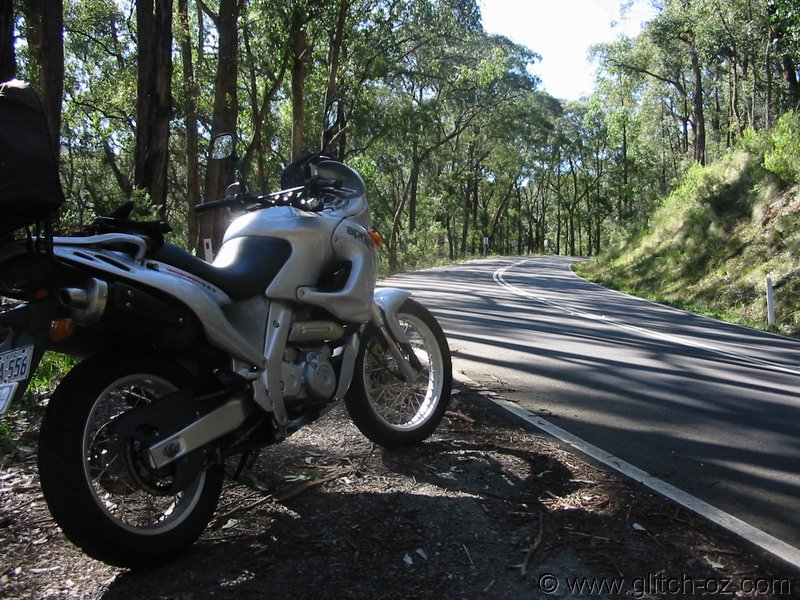 Paul (drizzt) thumping the TL up Mountain Hwy (still void of the Lycra Bandits, then) 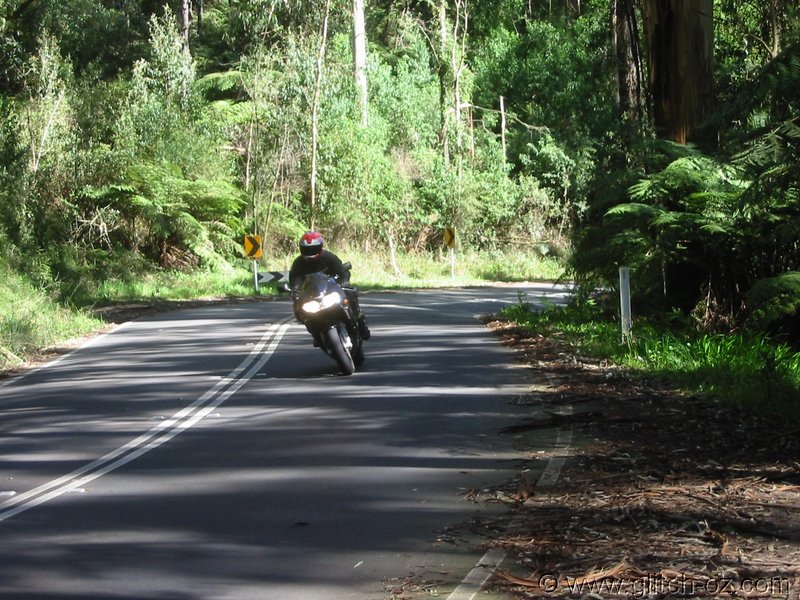 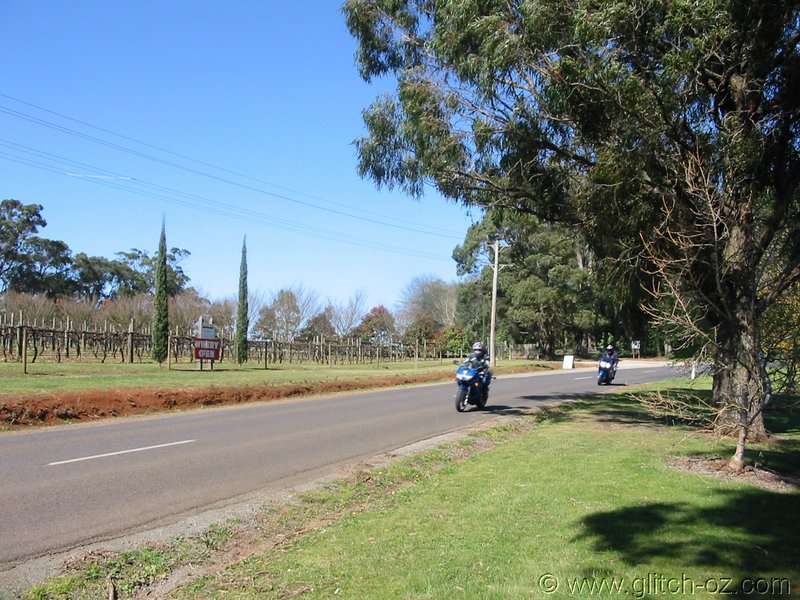 Re: Over The Shoulder....Rides Of A Decade

Small world - a few names/faces I haven't seen (or to be honest thought of) for years.

Looking at the photos, it is the riding gear that shows the age most. I can see more than a few of my jackets past (same model) being worn by the punters...

Talkin of past rides...

Marty punting the Across up the Merton-Euroa Rd... 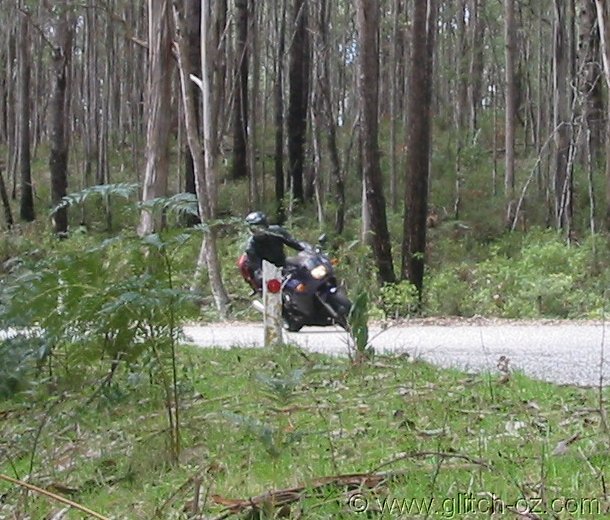 ...then tries to “feed” the (Memorial-) sheep in the Main Street. 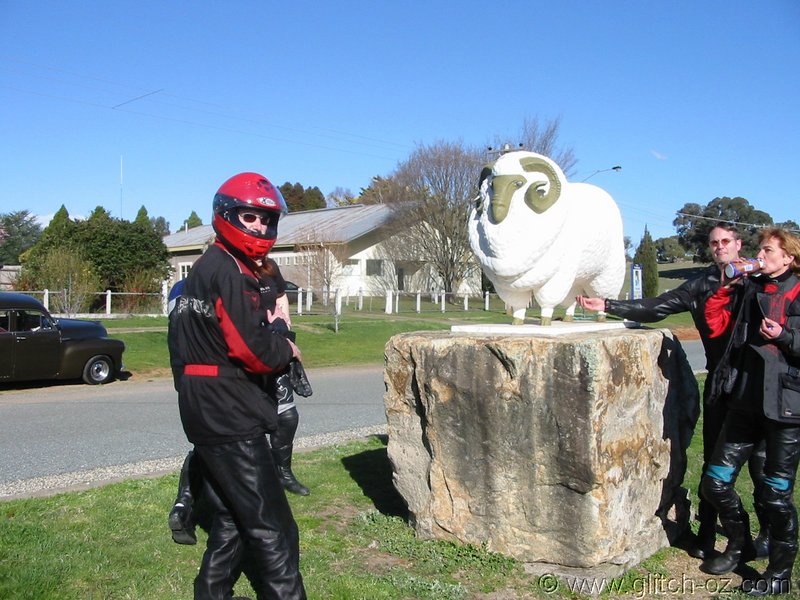 Some got other urges 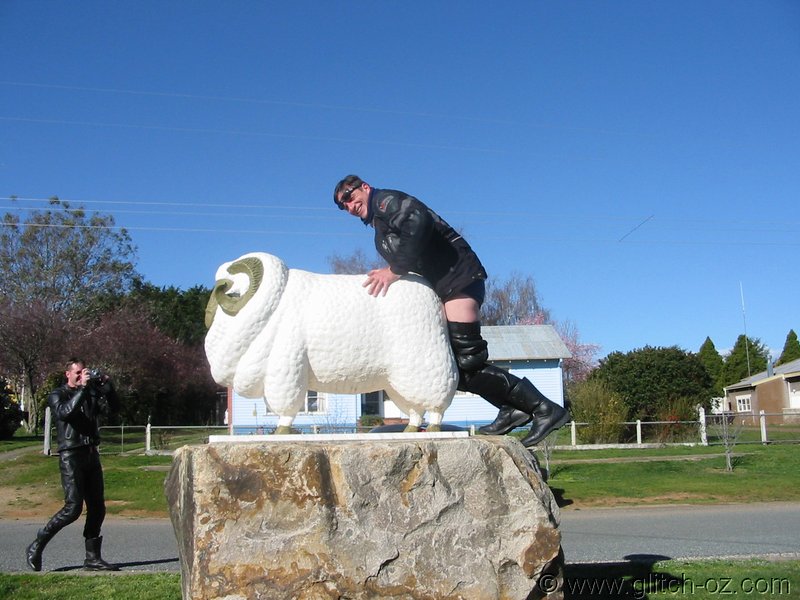 It all comes to a screaming crescendo!! when the wedding in the nearby chapel finishes, the music stops and a couple of flower girls appear on Main Street.

Ohhh Yeahhhh....Banana-Seat, High Bars and all!

That little 100cc Yammie....bought it from a customer of mine who'd moved to Hervey Bay, Qld, using it for trips to the bowls club.
Fell off one day and sold it to us for peanuts, the 200bux for the freight just about doubled the purchase price. And the thing was just about mint!

Time for another "Big 'Un"

A week of Vic Alps and Snowies

Once more the Melbourne Cup-Week played host, this time for the Beef ‘n Reef.
Word had REALLY started to spread and Tim from Hobart was the first ever interstater at the start, bringing his Pegaso from Hobart.

Together with Garry and I, things were pointing to a showdown of which was the hottest Peg on the block. In the tight stuff, those things ROCK!!


Mine blew the whistle on the first day at the start of the Licola Rd. with a blown head-gasket, something the Pegs were well known for.
Had to crawl home, throw the pack onto the B12 and catch up with the mob in Dargo.

to magic twisties of Gippsland’s backblocks...

...to wetting ourselves in Mallacoota....

....some serious honking on the backroads around Canberra, Batemans Bay, Tathra, Bega...

....enhanced by a “video-presentation” at Cotter Dam Pub (while it existed)...

...to laughs ‘til it hurt at Jindabyne CP.

...or tried to throw the Pegasos down the mountain side before joining a costume ball.

Some lost a little rubber

...while others just burned past Blue Duck, Hotham and Mt. Buffalo.

A decade on.... and they’re still legends.

The full yarn with ~ 100 pics
http://www.austouring.com/forum/showthread.php?t=805

Looks like Lee. He had a Babyblade back in those days I think. Last time I remember seeing him was on the 2002 BMW Icicle Ride, he was riding a Gixxer 600. Coincidentally the Icicle ride is on again tomorrow night. I'm planning to go on it for the first time since 2004.

Another go at the Great Ocean Road and Grampians in December.
Can’t remember everyone who came for this one and there aren’t all that many pics.

...Sasha’s ZZR and MickG’s “Handbag”...Suzie’s blue ZR7 and Paul’s TL behind that...
There was Garry on the Peg, Sarah on the Zeal, Latte-Dave on the Cibber6 of course...and myself on the XT6....possibly others. 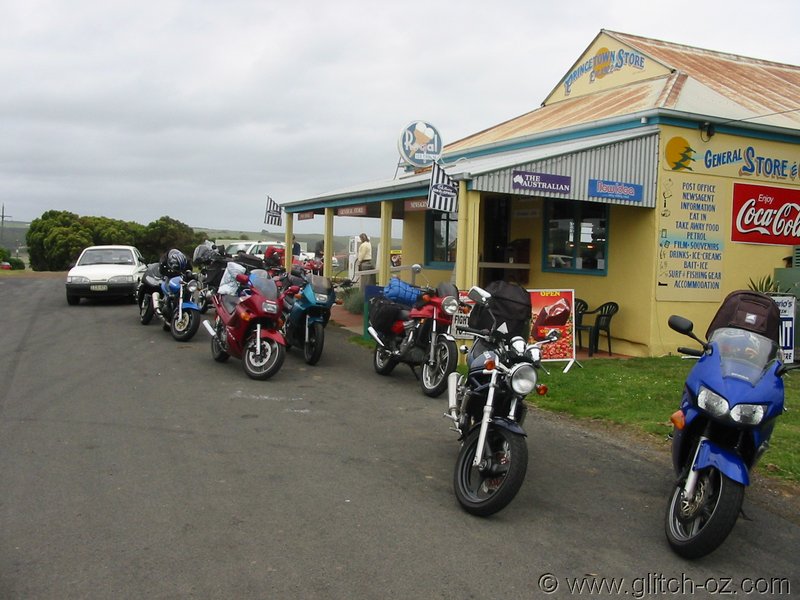 Fueling the XT after 504km just short of Dunkeld, Grampians in the background. 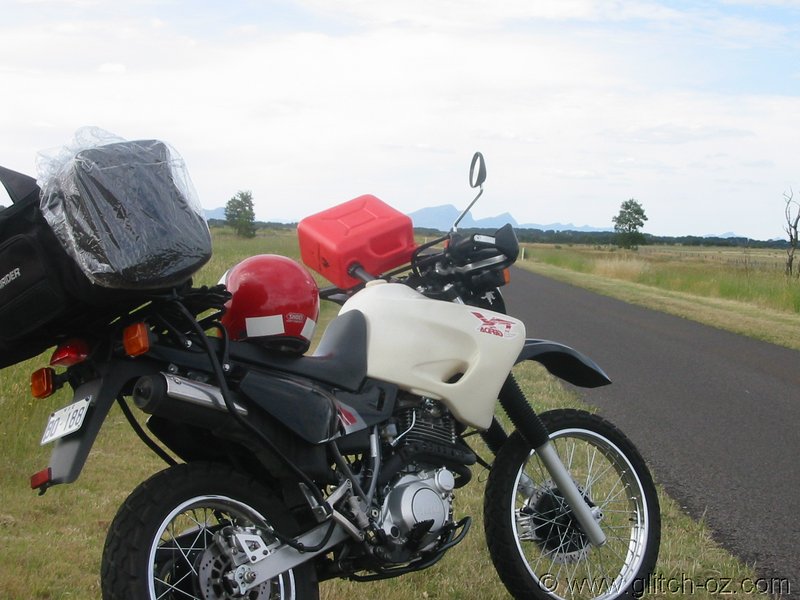 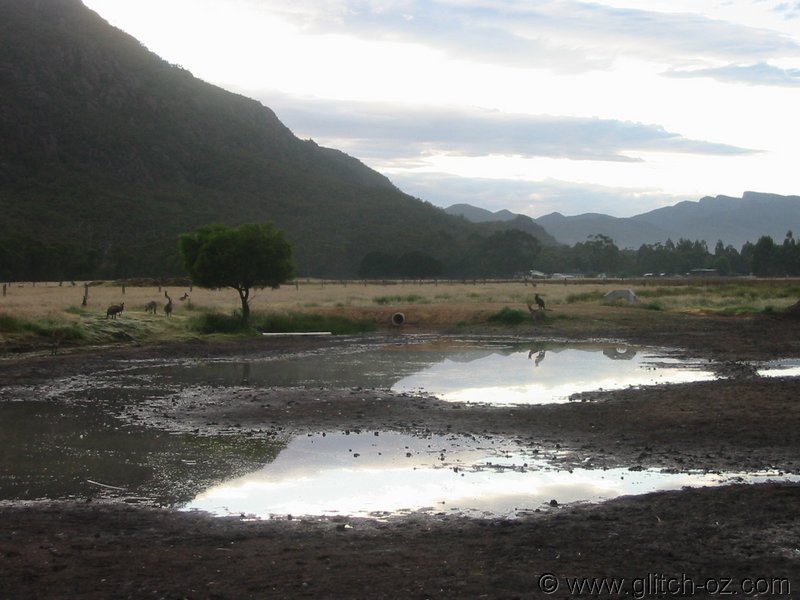 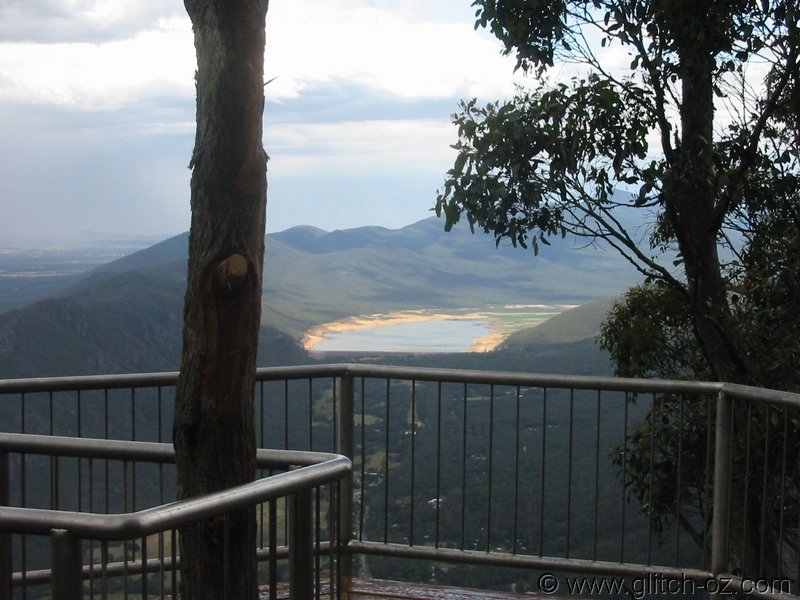 From memory, that’s the ride where Latte-Dave and I swapped bikes and I missed that roo by a bee’s dick with the flashy Cibber6, when gassing it out of Halls Gap.
On the bloody thing for 20 seconds and nearly writing it off before we’re in 3.gear, Jeezaz.

Sarah dropped the Zeal and busted one of those unobtainable front-masks....someone else, who’d already sold his bike before moving overseas the week after, went arse-up in a ditch near the lookout....whatever it was, it was NEVER BORING!!


nev said:
Looks like Lee (Leigh?). He had a Babyblade back in those days I think. Last time I remember seeing him was on the 2002 BMW Icicle Ride. Coincidentally the Icicle ride is on again tomorrow night. I'm planning to go on it for the first time since 2004.
Click to expand...

Will always remember him for not having enough warm gear with him and that frozen-up snotter sticking out from under his old hoodie, the poor basterd.
I think MickG's still in occasional contact with him.

Never done an Icicle...getting too old and soft for it (that should fly)

Ingo, the old school mate from Germany was back, he’d absolutely loved Tassie the year before and we were up for another one.

Thinking back, this could’ve well been the first trip where we sought out the dirt routes and it all started with some road called “The Western Explorer” I'd read about on the net.


Fixing a flat at a farmhouse near Tomahawk, North Tassie Coast

Mt. William National Park was on the cards...

....as was the Eddystone Lighthouse, the coastal track to The Gardens, Jacobs Ladder, Devils Gullet and endless other dirt roads.

Cooked our own gourmet dinner at the Captain’s Cottage in Stanley... and yes, it was exceptional.

Slobbered all over the Western Explorer

Up Shit-Creek without a paddle on the coastal Granville Harbour- Trail Harbour track, busting bikes and limbs.

Discovered the backcountry of Queenstown, some breathtaking places, lookouts and walking tracks.... and the former town of Pillinger.

A whole different Tassie had opened up to me....I’d “tasted blood”...in a few ways.

Freshly back from Tassie, the twisties were calling again.
Goodie had dropped off the Peg and wrenched her thumb, couldn’t hold onto the grips or even the steering wheel of the cage, so Michelle, the 16y/o daughter on L’s drove the Whitfield Road and Rose River dirt to Harrietville in the family cage.


Can’t remember all who came along for that one....there was Moike on the 100RS, Marty still wringing the neck of that poor Across....there was Jason...and Stef had come from his new home in Adelaide after I promised him the share of the XT6 and Pegaso between the 2 of us.

I’m sure there were others, though...
Check that box of Coopers...the pub had robbed us blind the night before. 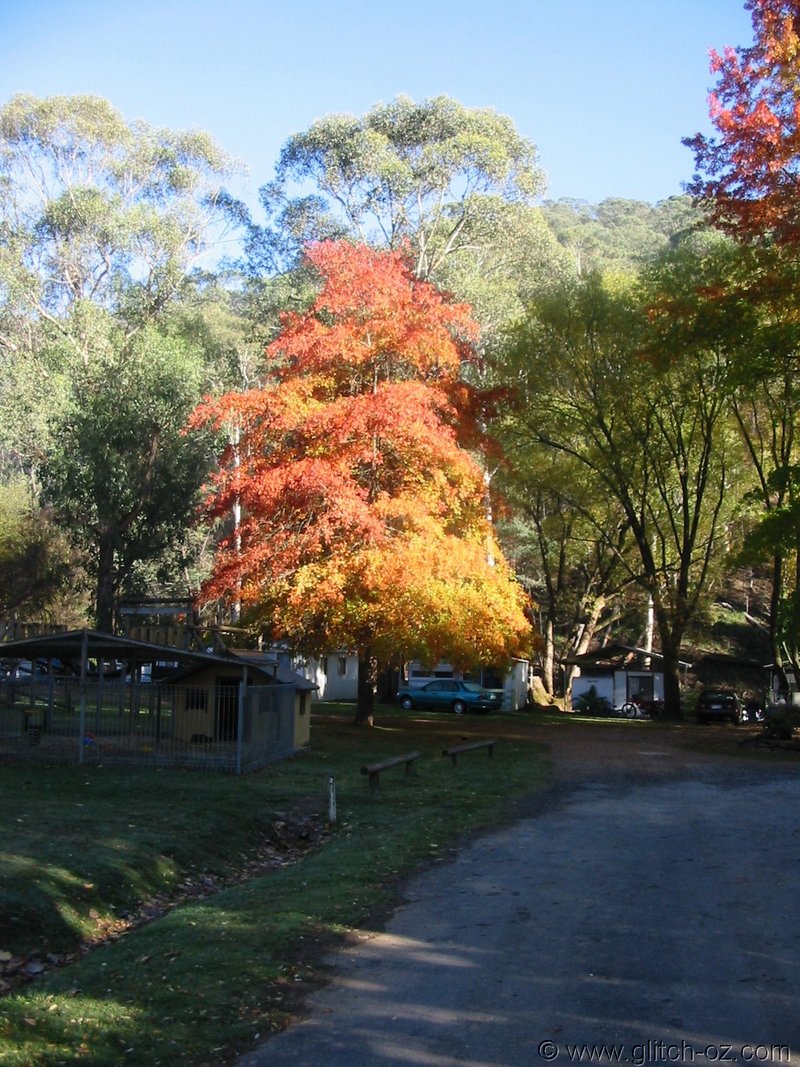 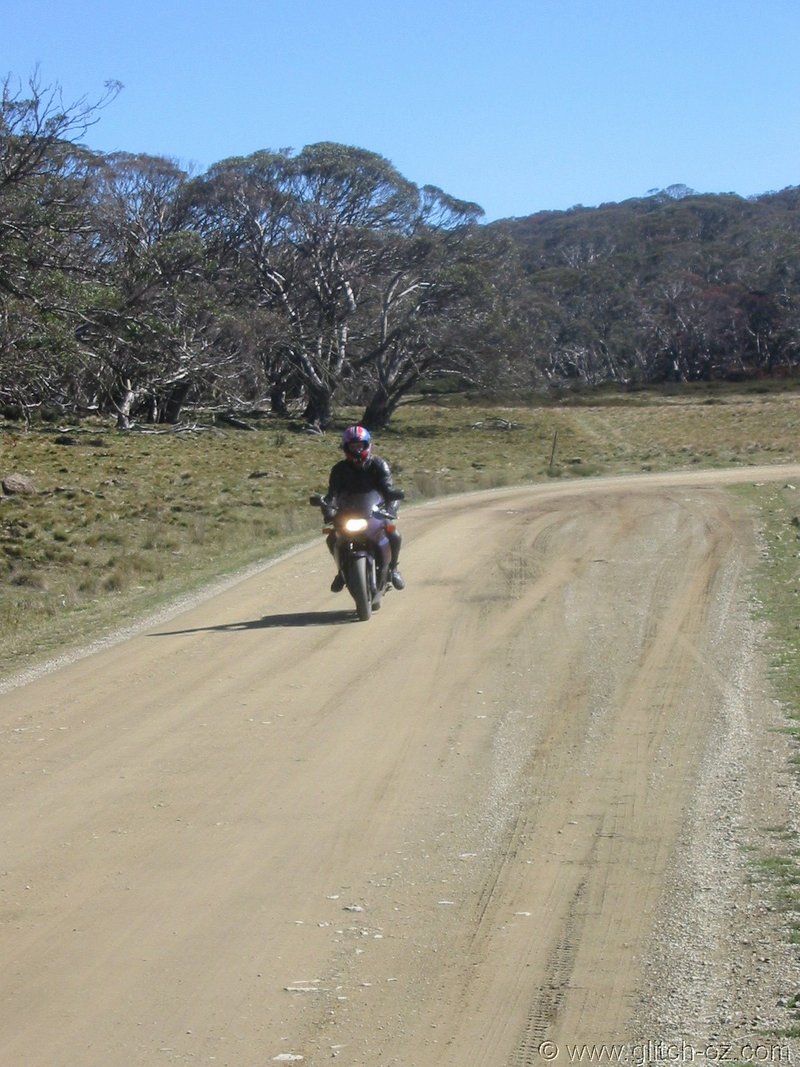 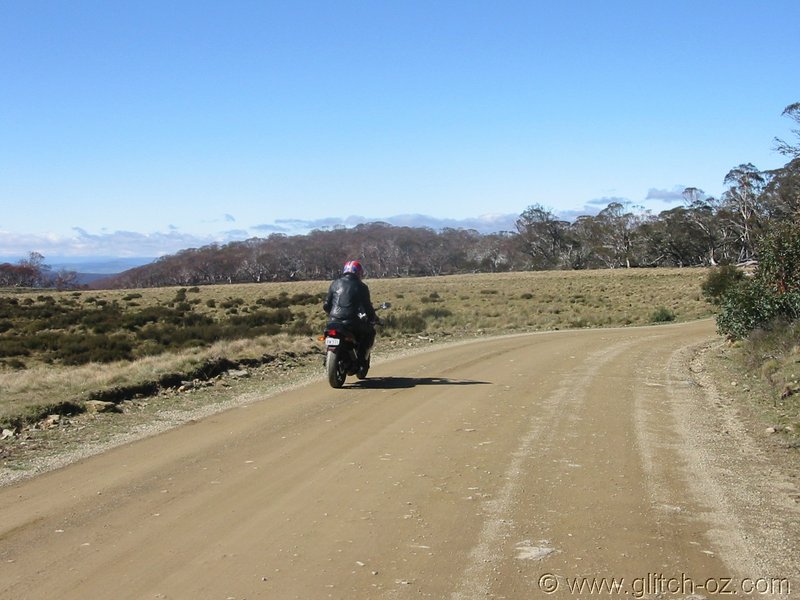