Staff member
OK….one of the main highlights of the whole 3 weeks was to spend a day at the Aiguille Du Midi, taking the cable-car from the French ski-resort of Chamonix up into the Ice-Giants of the Main Alpine Ridge at nearly 4000m asl.

It's THE attraction of the whole area and it's something nobody will ever forget in their life.

Usually one only ever gets one shot at it. If the weather isn't absolutely MINT, it's not worth the trip and prime-$$ to get up there for some fogged-out views at your own boot-tips.

We can have 2 shots at it…one now, the other on our return-loop when we get near this area again….at least back through Chamonix.

....or play the smart card, pick the highest and most exposed road around on an extended commute and either "punch-or-run" depending on what the weather looks like up there?
Yeah…that's it!


Since Google Maps decided there is no road through, here's the first part, running up a superb pack of twisties through the ski-resort of La Tzoumas, following the road up the ski-slopes after asking for directions at the tourist office…(and yeah, she was cute 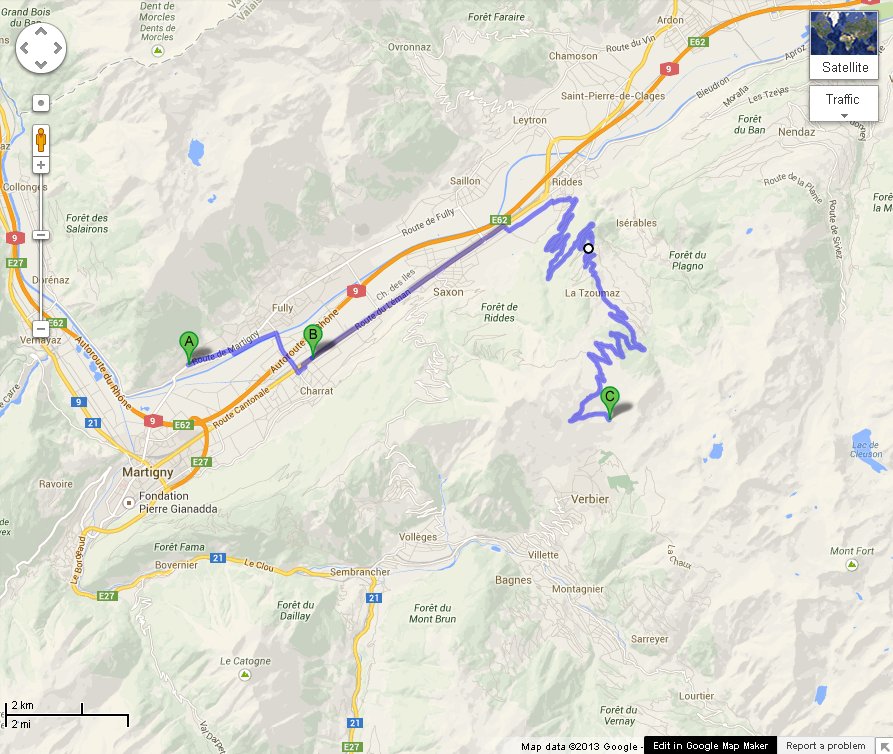 Gmaps quits at point C where things turn from gravel to a bare-earth road up the slopes…and just check those VIEWS!!....
STUNNED SILENCE!! 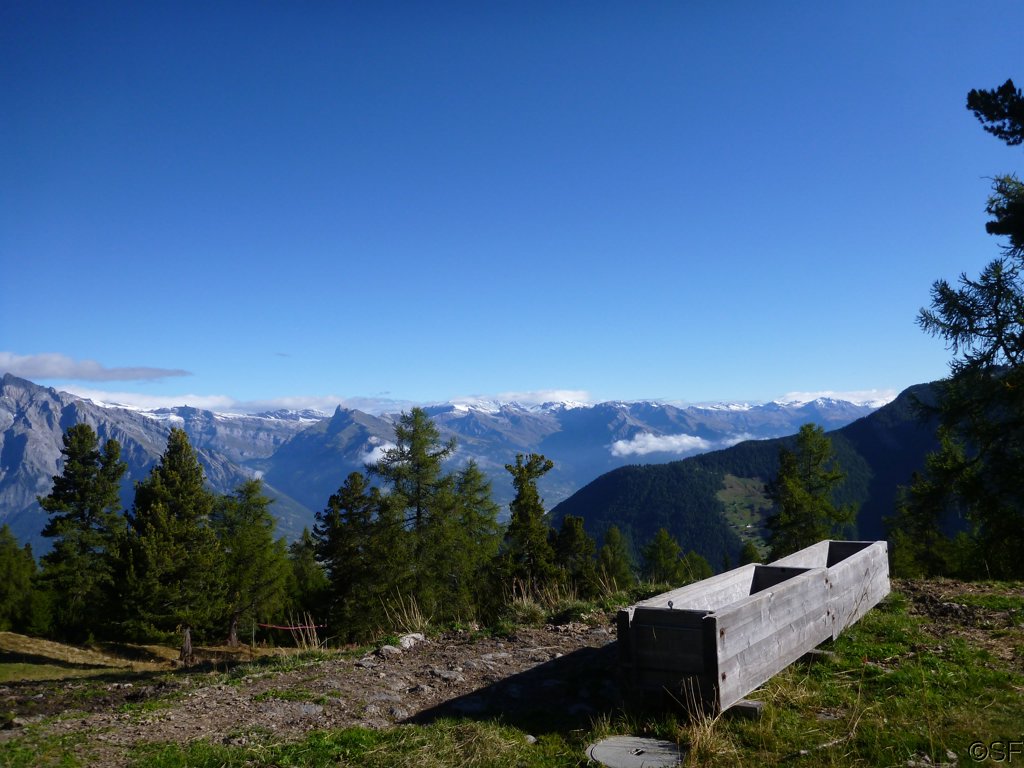 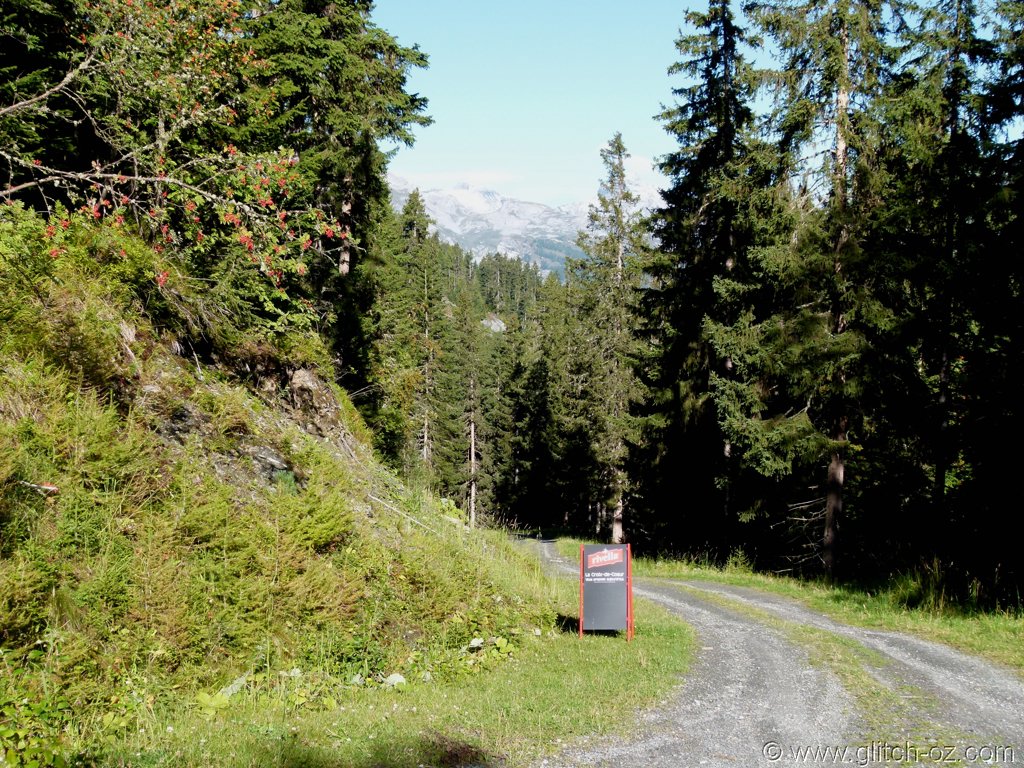 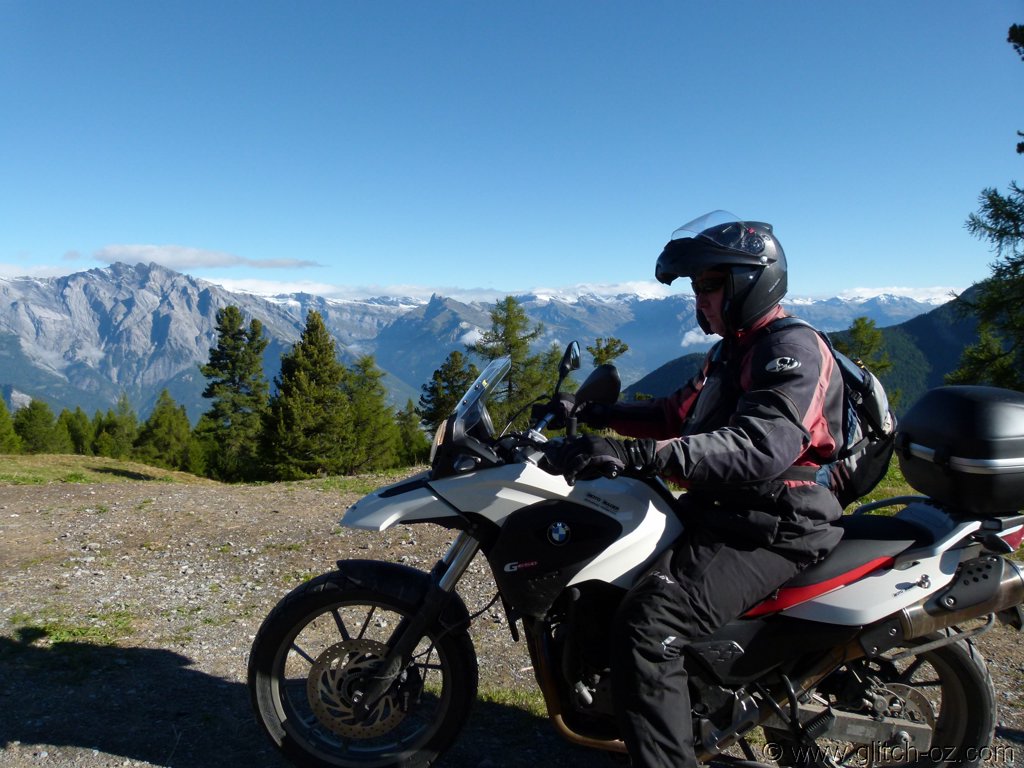 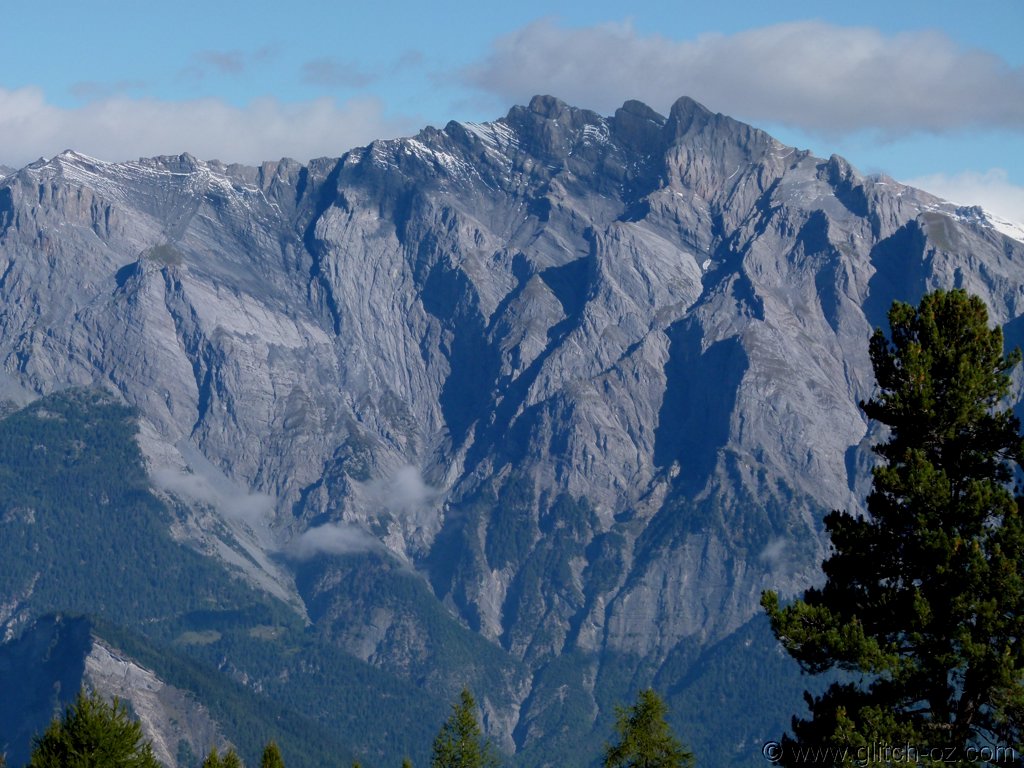 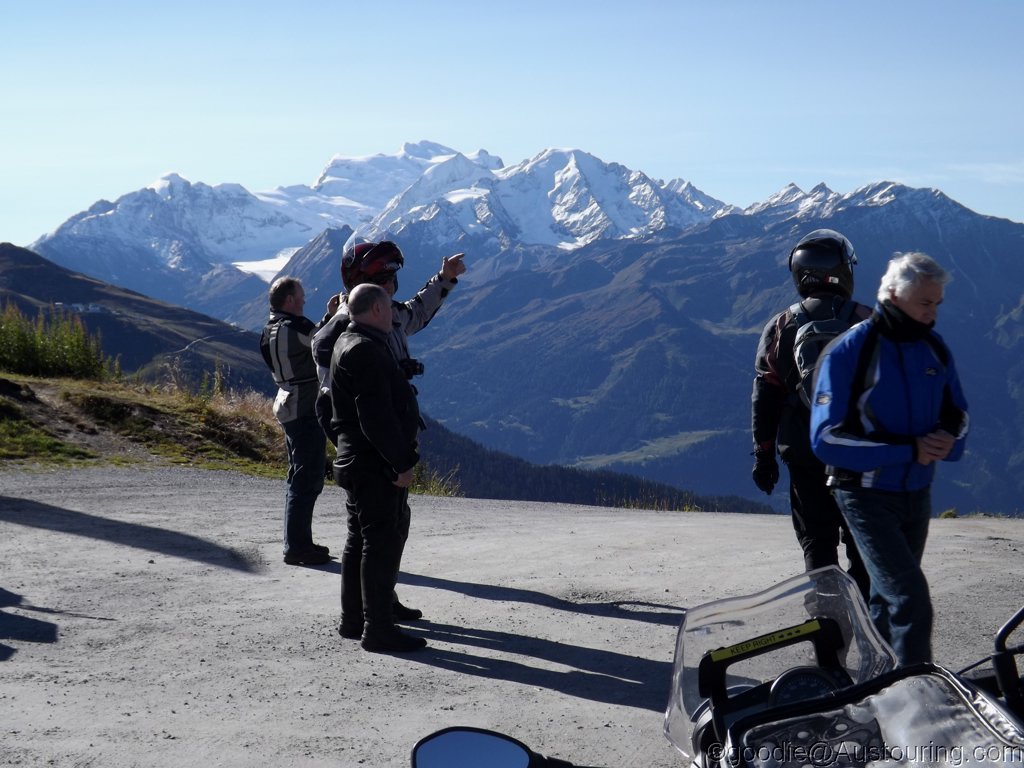 Not a hard climb, but I pray for the Col de la Croix de Coeur to stay off Google Maps forever! 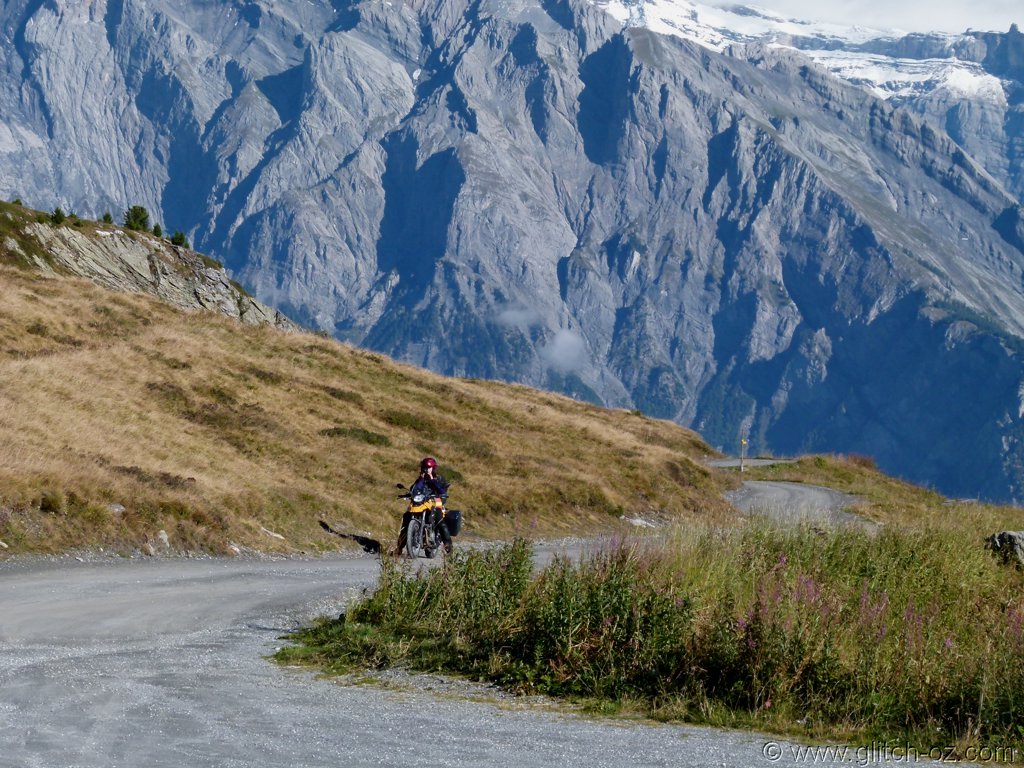 Staff member
The well-known ski-resort of Verbier at our feet…with the incredible Mont Blanc Massif to the right, Europe's "Roof" at 4800m+ 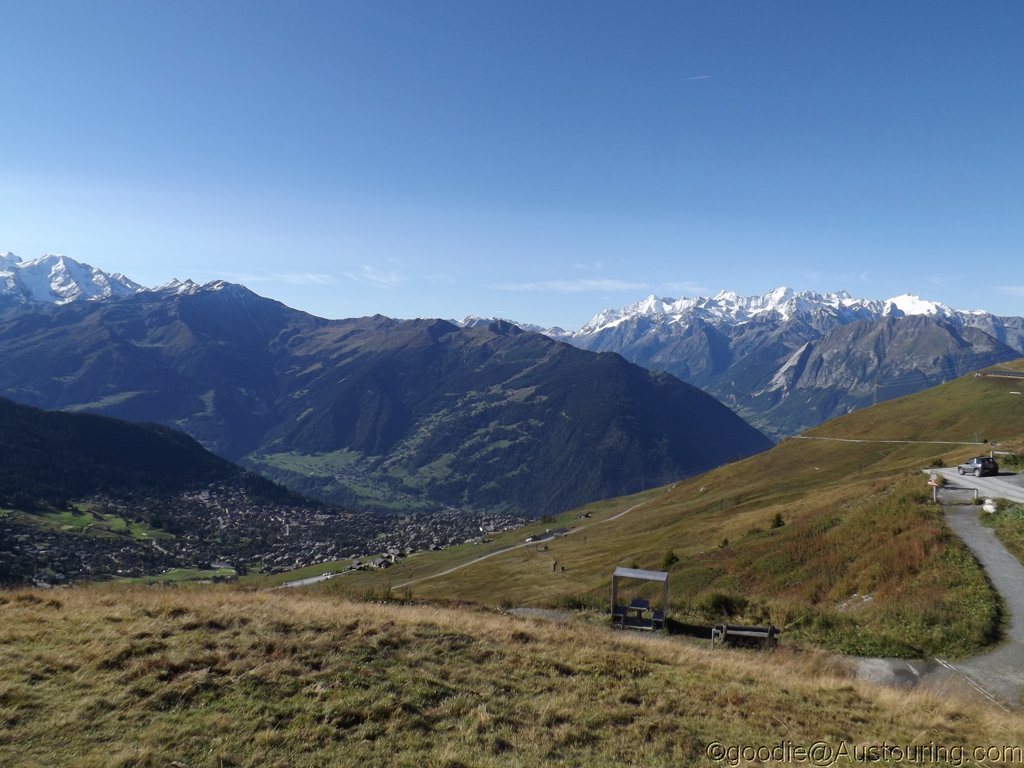 Brings tears to the eyes… 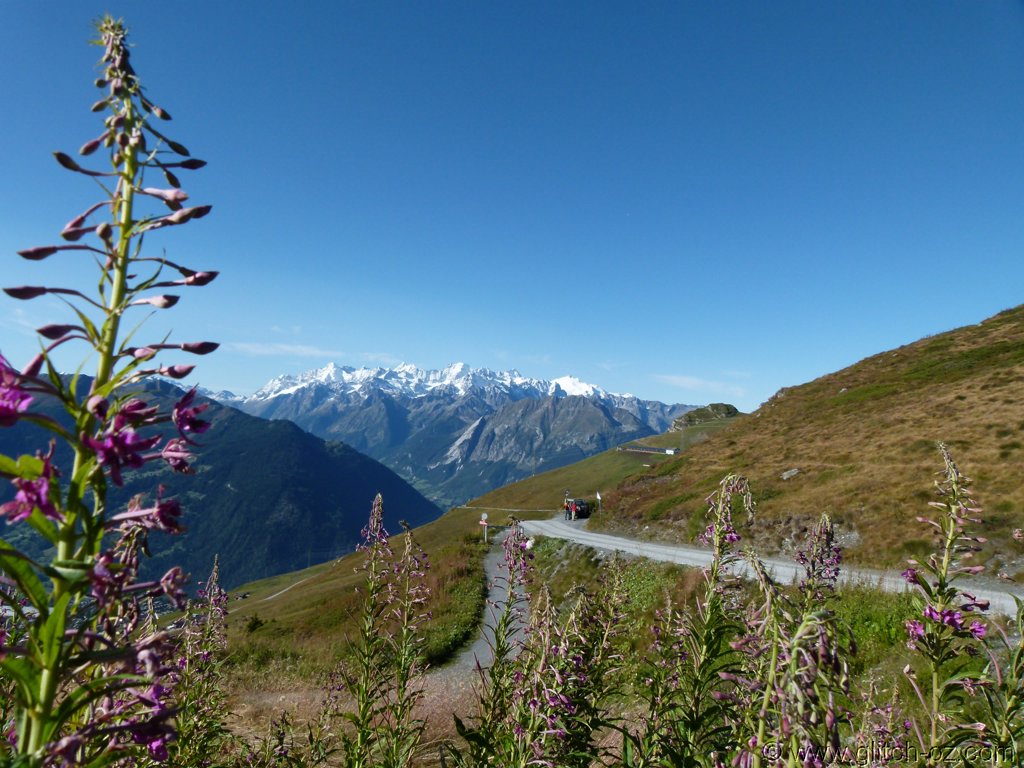 A KTM breaks the spell for a second… 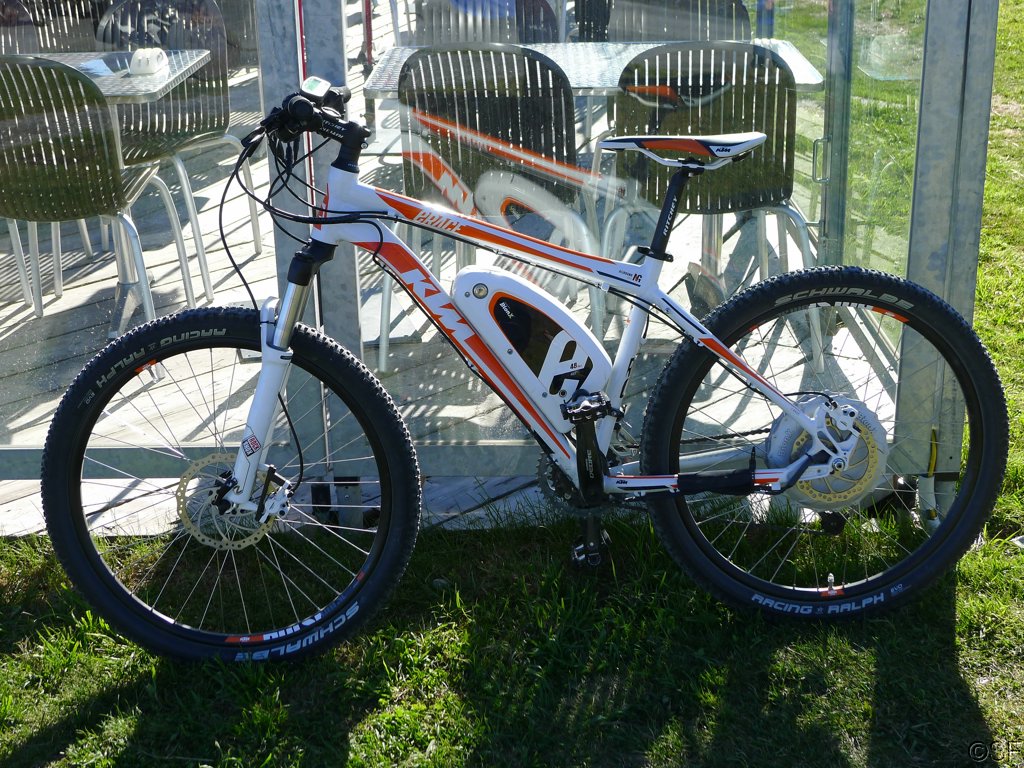 …before the dream continues with a slow cruise down the little gravel road into Verbier. 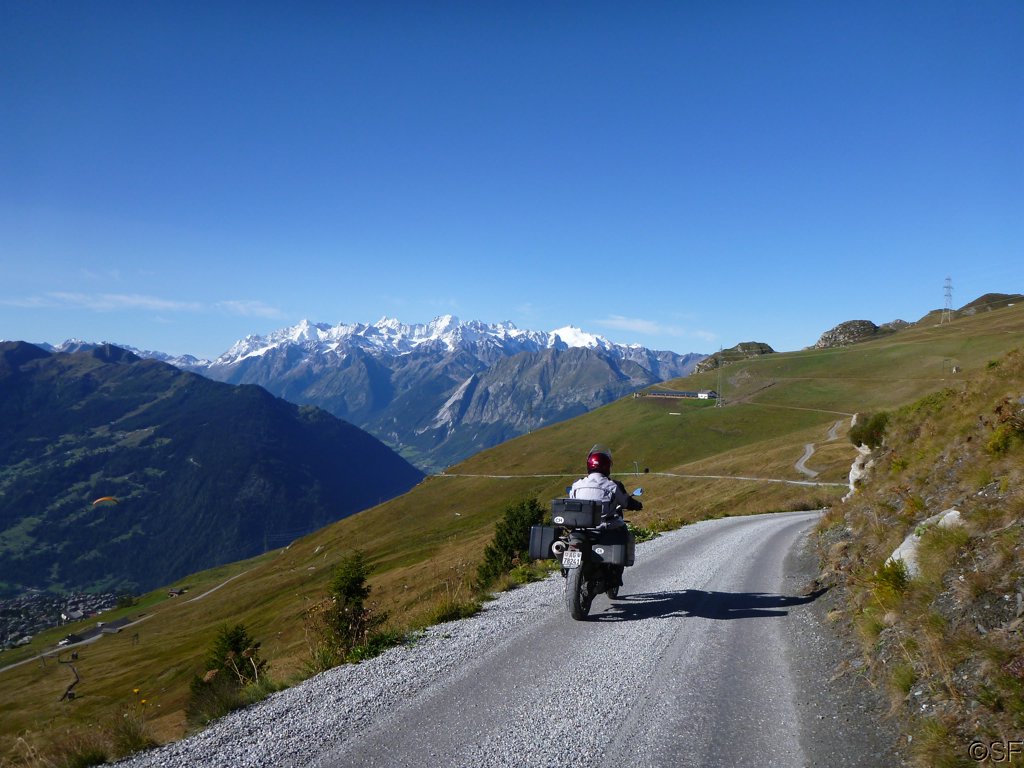 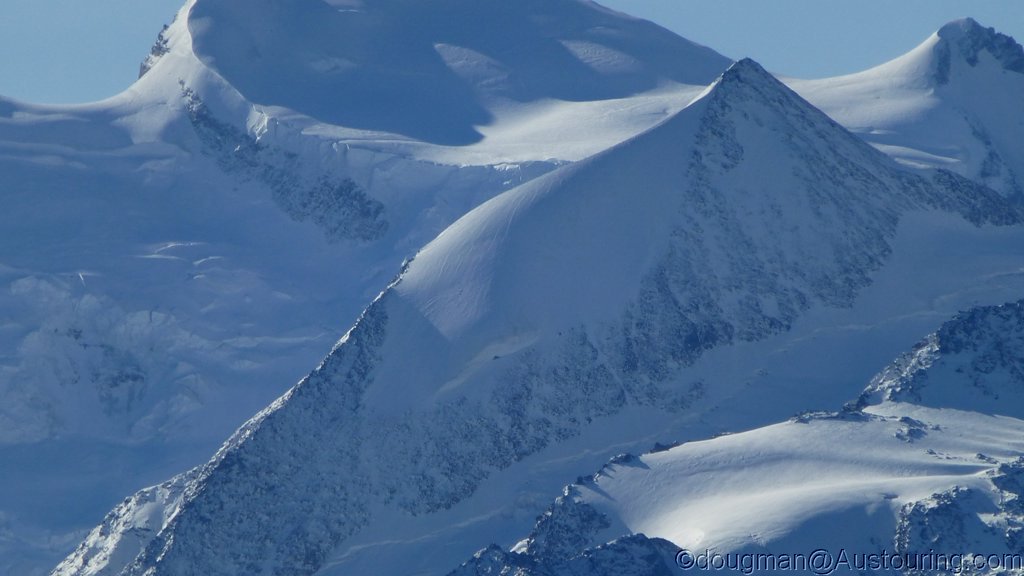 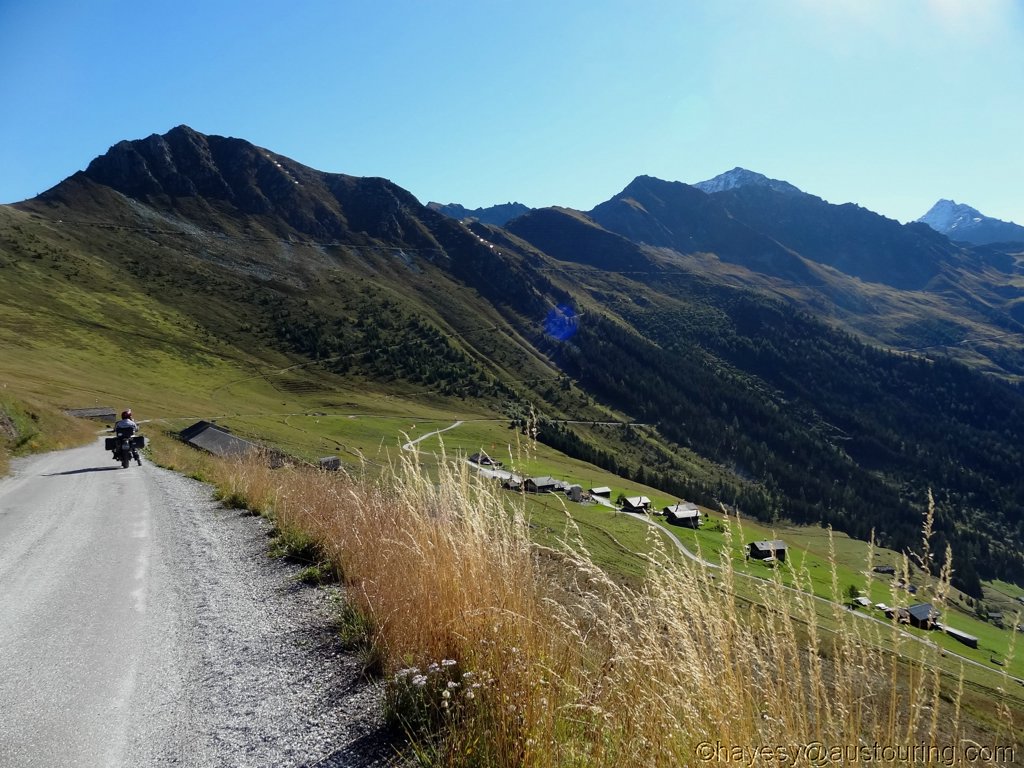 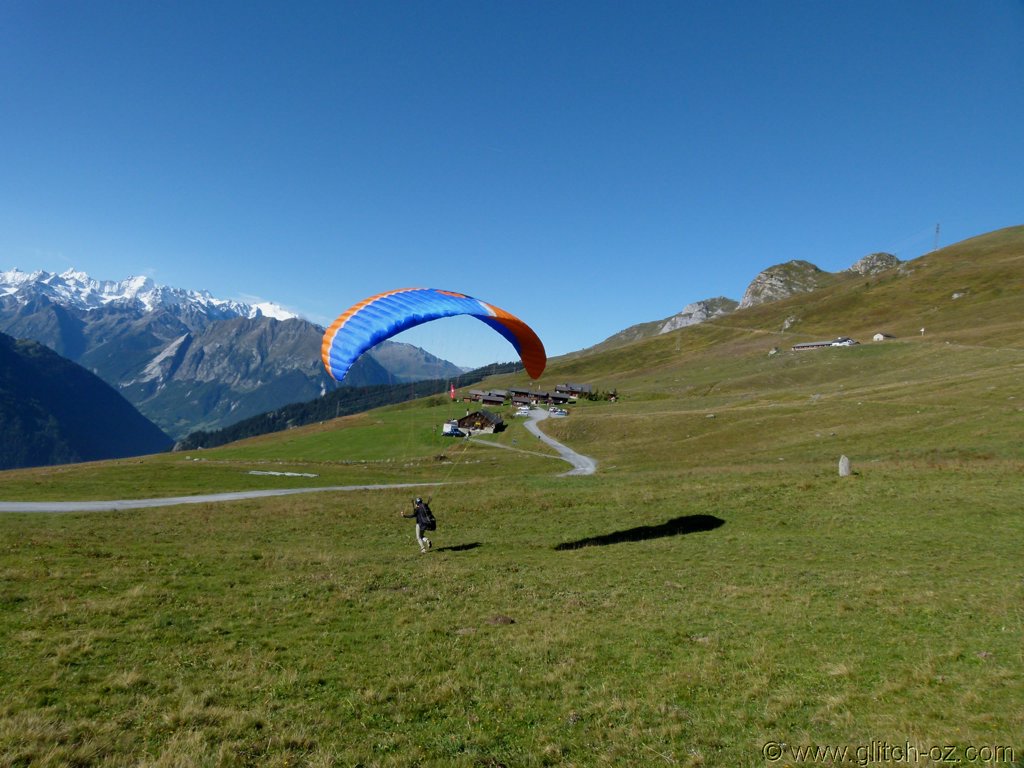 When it takes a bunch of old touring hands 25mins to roll down the 4km into Verbier without uttering a single word, you KNOW there's some heavy impacting going on… 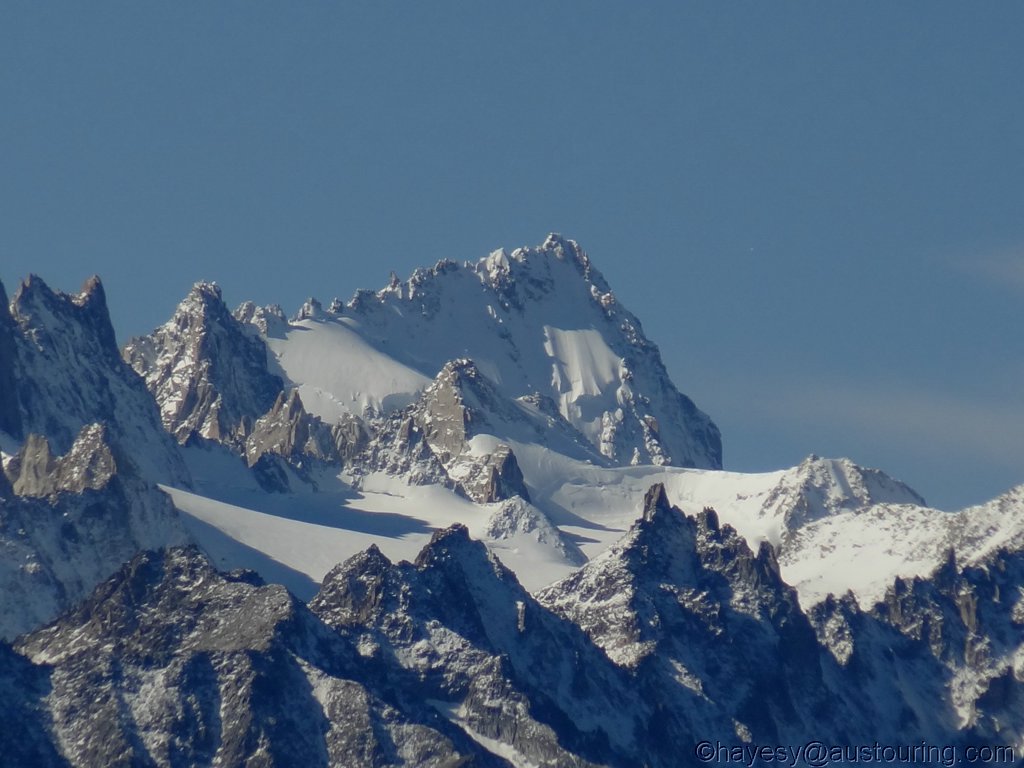 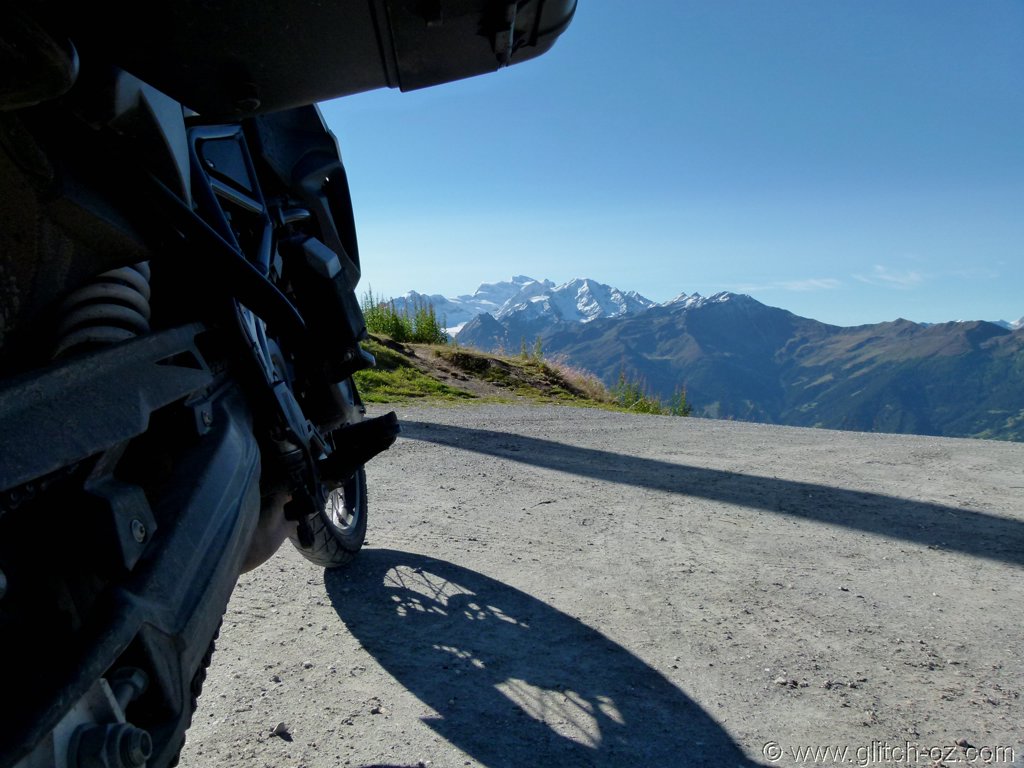 No doubt…THIS is THE DAY for the Aiguille ride…and here's the rest of the riding part of the day. 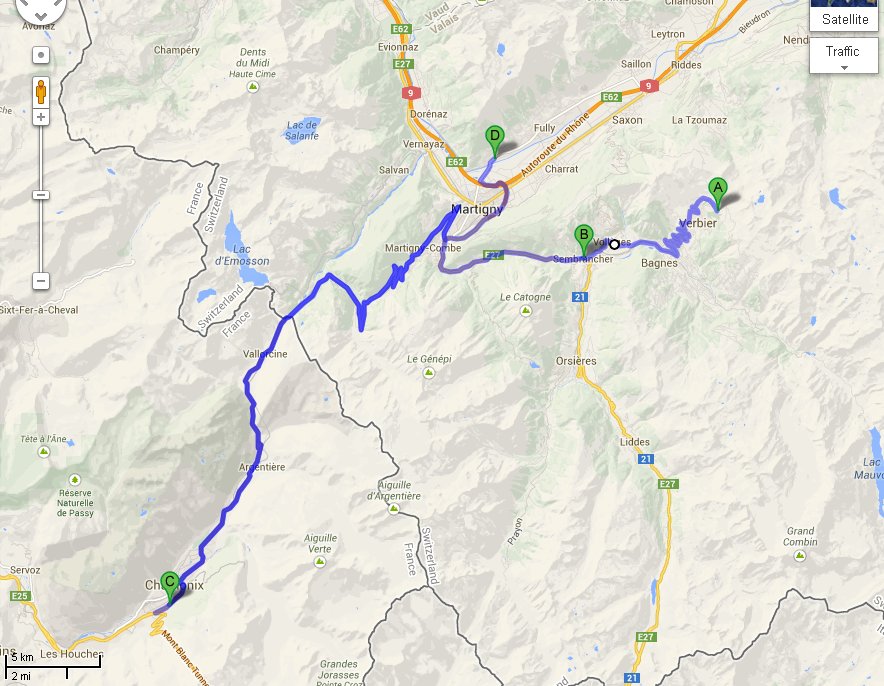 A quick dip from Verbier into Martigny to pick up the road across the shallow Col de la Forclaz, the eastern ramp towards the French border offers some superb views: 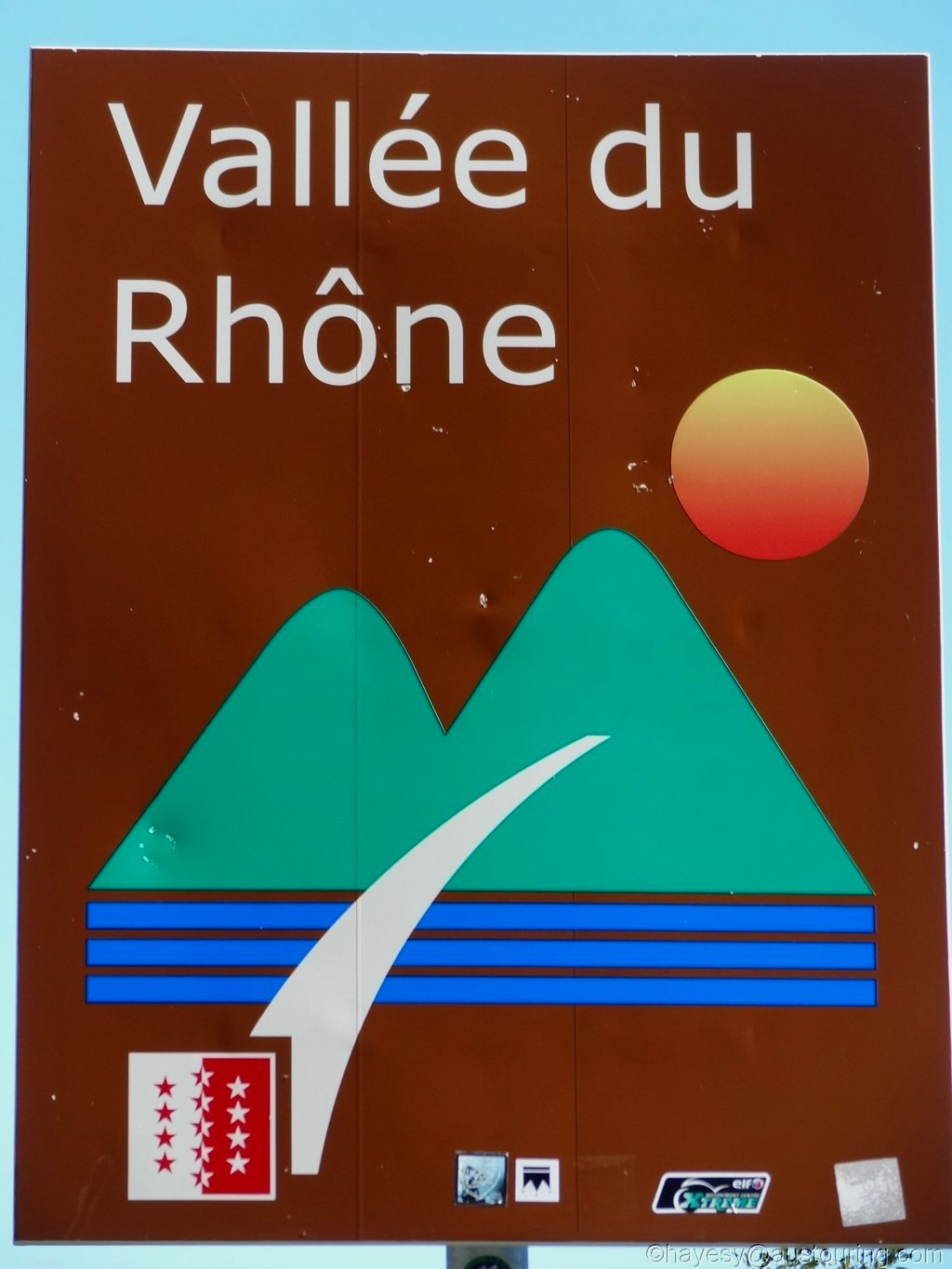 The Valais to the left, with Martigny just visible in the bowl below…the Val de Dranse to Sembrancher and Verbier on the right…we just came down that valley. 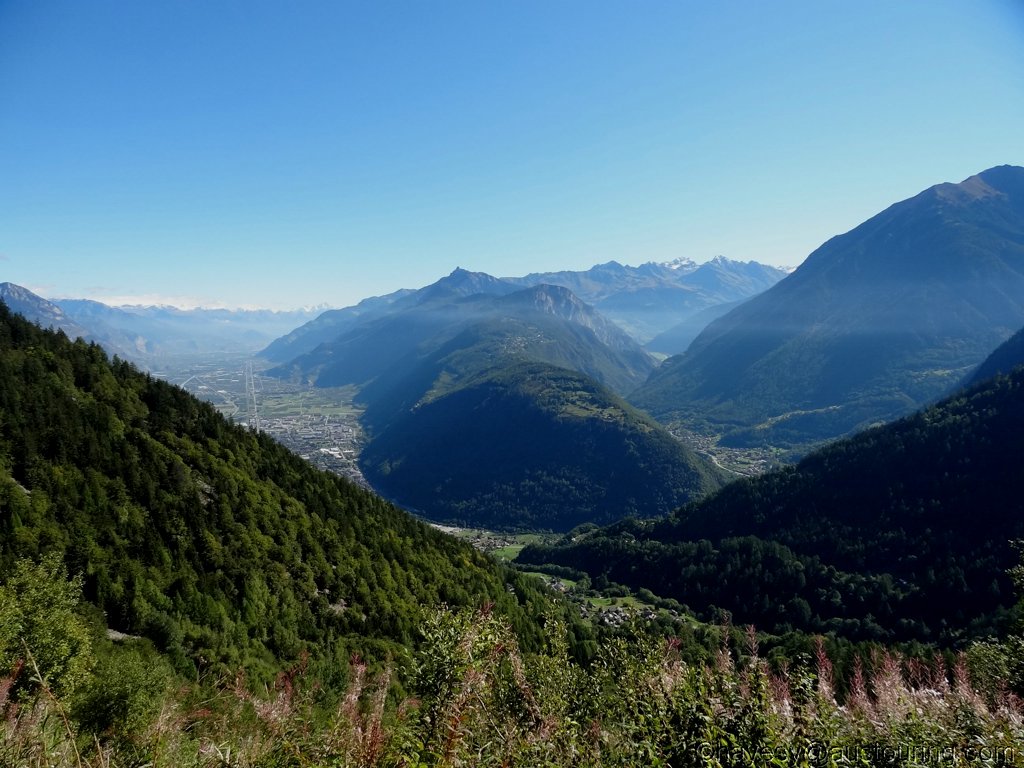 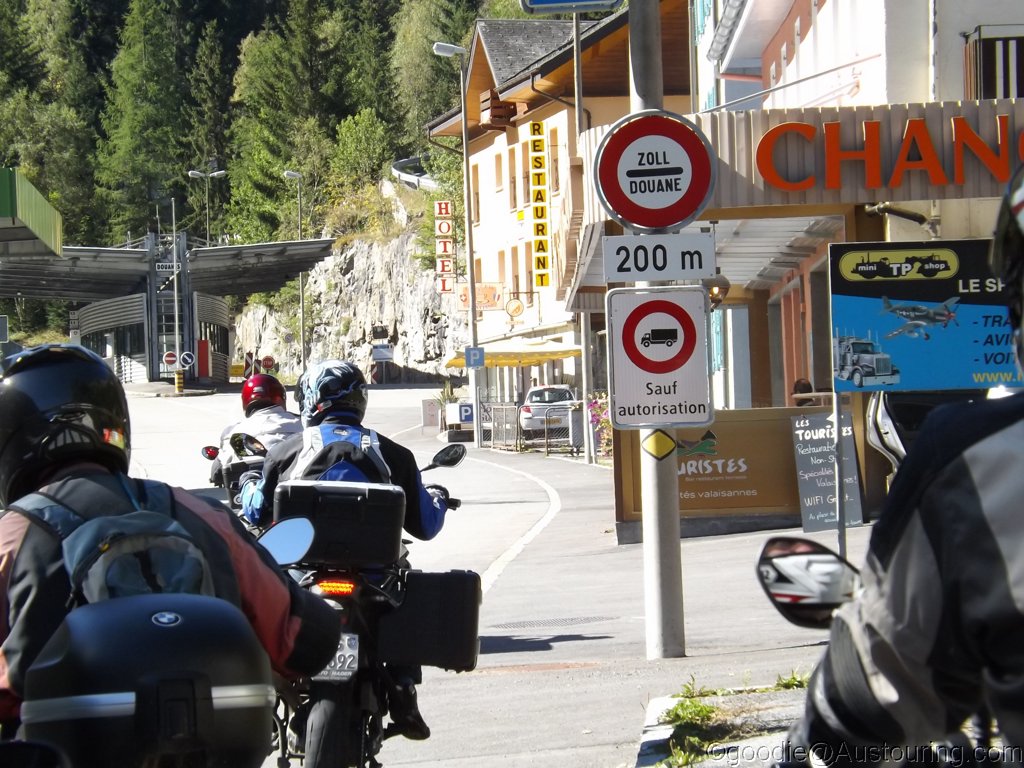 Staff member
Not far to Chamonix now, the language is still French, like around Martigny in Switzerland for the last couple of days.
It DOES get bloody confusing!!
Which country, which lingo?

See the dark double-peak to the left in the shot below?
Yeah...the left one's got a "pin" sticking" out the top?
There's your Aiguille!! 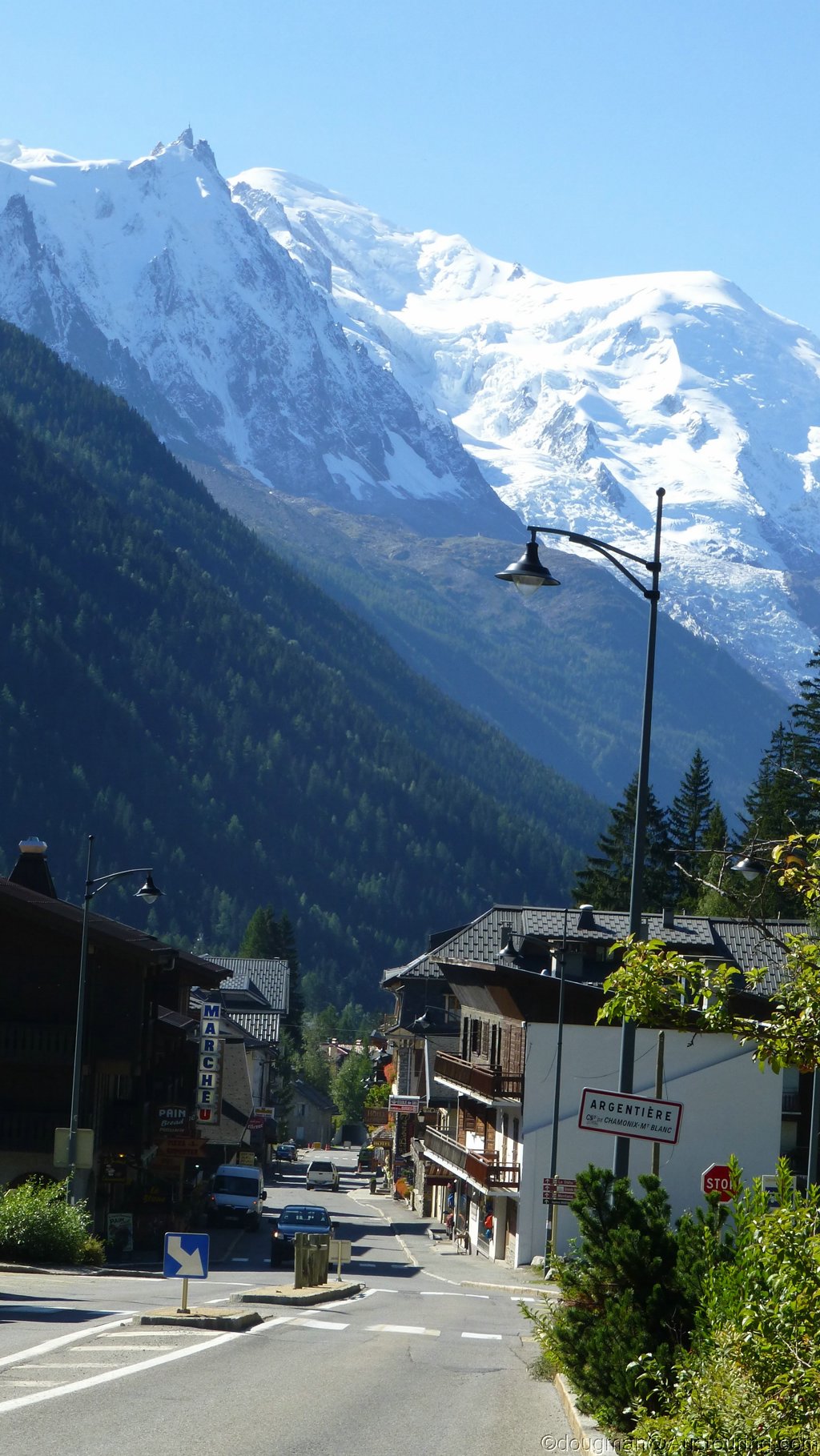 The Aiguille!!! Nearly 3km straight up from where we're now (Chamonix is ~ 1000m above sea level)….the zooms are struggling to keep things focused. 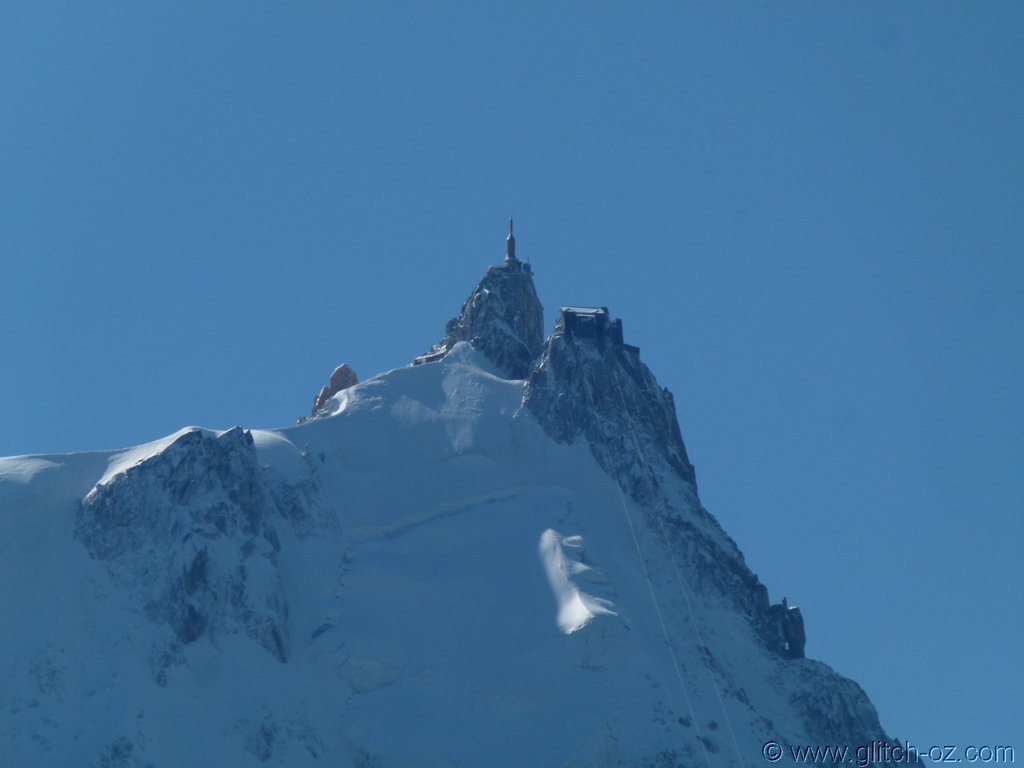 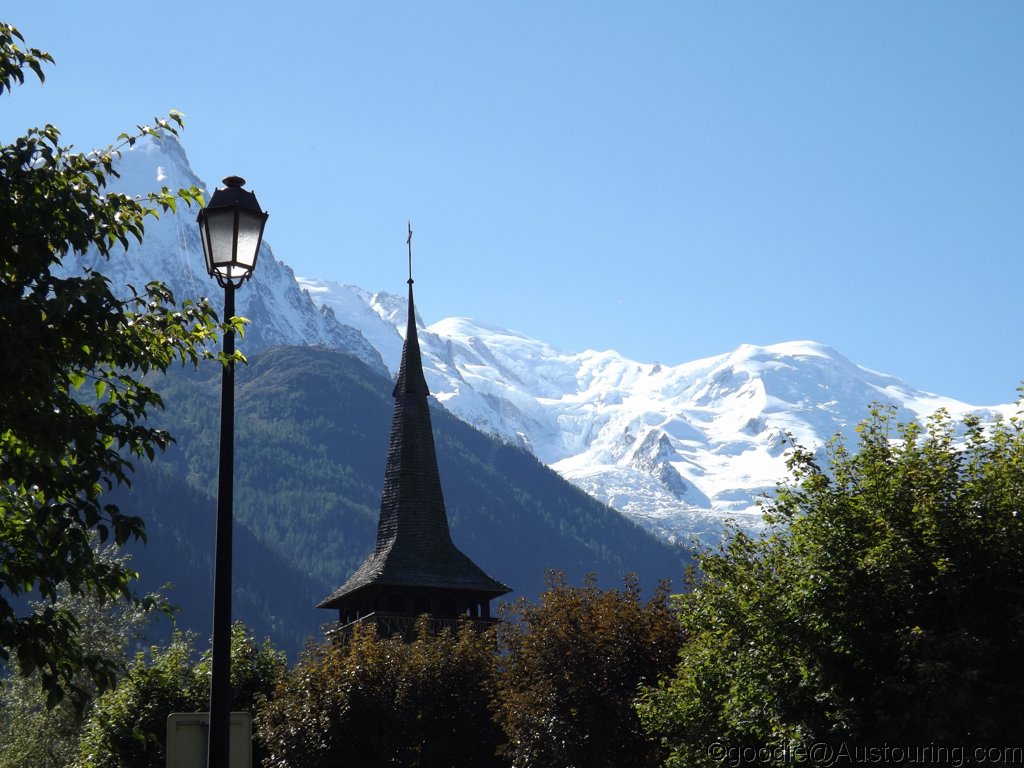 For anyone who's doing this the first time in their lives…HANG ONTO YER BREECHES!!
And keep the mouth SHUT, don't spew down someone else's neck! 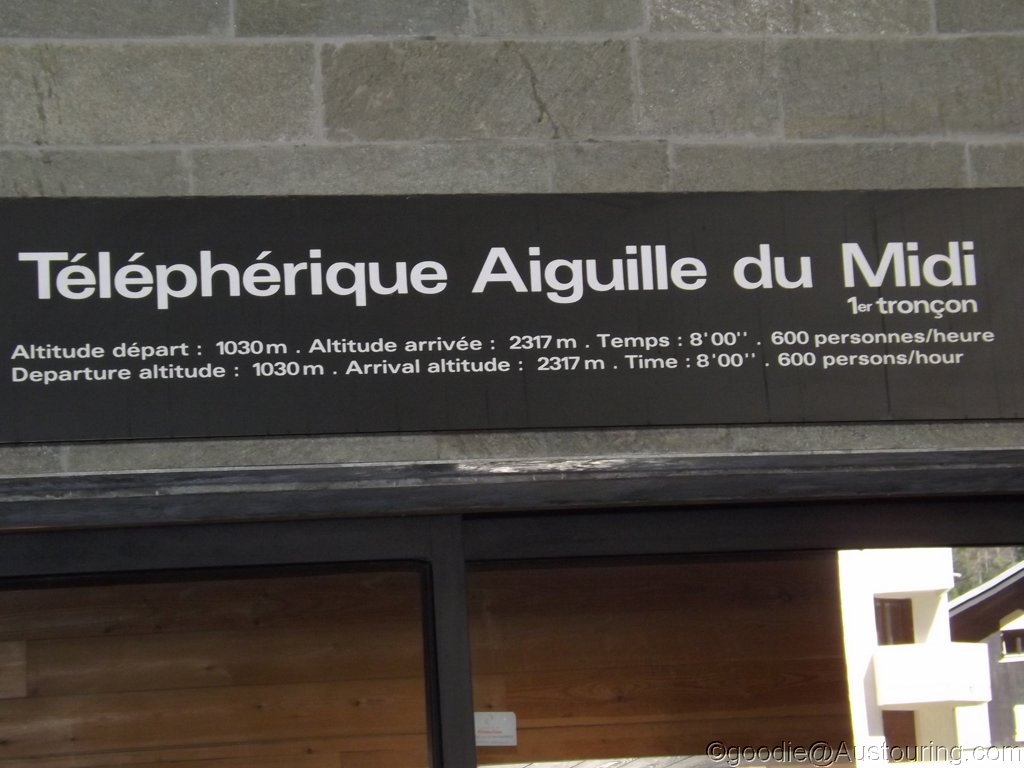 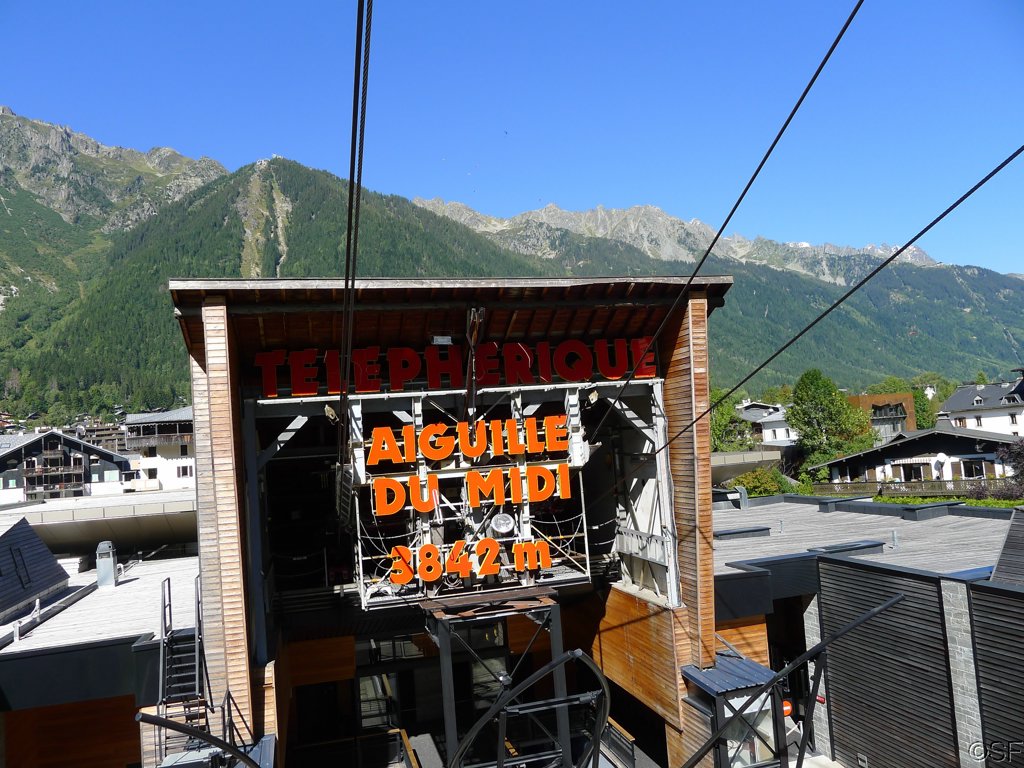 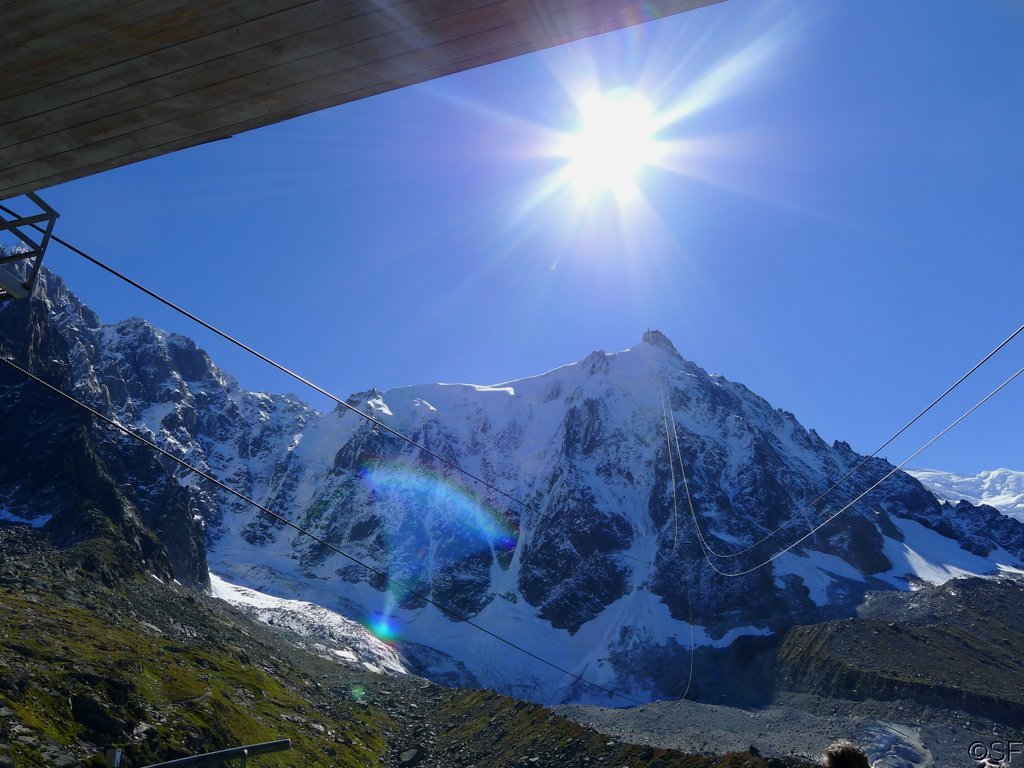 We're on our way….and if you thought things were pretty bloody terrific up to here….you've got something coming!!
BIG TIME!!

Mate...it was THE day for it.
Absolutely tops!!

Thanks for looking in, too

Loving the panoramic shots of the mountains, and also the detail shots that add
so much - like that medieval instrument of torture / wall mounted cork puller.

The Croix de Coeur shots seemed familiar, then I remembered watching the
Tour de France go up that climb (at least as far as Verbier) in 2009. Mad buggers.

But not as mad as anyone who goes on the Aiguille du Midi cable car!
.
D

Crikey, I hope that cable is secure!!
It seems to sag somewhat and my mind is telling me it's just not right that a 66 person cable car is attached to it all. The views at the top were quite nice too. hoto: dougman1 said:
The views at the top were quite nice too. hoto:
]
Click to expand...

I knew that shot was coming

Loving the panoramic shots of the mountains, and also the detail shots that add
so much - like that medieval instrument of torture / wall mounted cork puller.

The Croix de Coeur shots seemed familiar, then I remembered watching the
Tour de France go up that climb (at least as far as Verbier) in 2009. Mad buggers.

But not as mad as anyone who goes on the Aiguille du Midi cable car!
.
Click to expand...

Yeah, mate...MAGIC it was!!
The Croix de Coeur was a sweet one...climbing up the Valais side with the stumping views across and to the east..... then popping over the top and it's like someone has tossed a whole movie into the sky. Gobsmacking!!